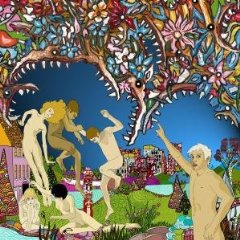 Unless they come with a DVD (rare), there's not much added-value with CDs. Not like in olden days when you could get a gatefold sleeve on an album.

This camp, goodtime pop-funk and sex obssessed outfit from Georgia offer much added value if you buy the CD: it comes with an elaborate, multi-coloured fold-out sleeve that reaches 60cm across. That's a lot of colourful flowers, writing bodies, bird life, suggestions of genitalia . . .

What's inside the package is just as colourful and suggestive: frontman Kevin Barnes borrows from funk, Prince at his most outre, disco-ballads, sexy soul, pure pop, art-rock, glam, Queen,  . . .

And Barnes unashamedy traverses sex of all kinds from the sluttish to the sublime in songs which have odd melodic twists, instantly memorable pop hooks and choruses, odd sonic flourishes, changes of mood . . .

"We can do it soft core if you want, but you should know I go both ways," he sings on the improbably poppy and impossibly named For Our Elegant Caste. Later he also wants to be your love, hurt your pride, paint your nails, kiss your friends . . .

Apparently Of Montreal are something to see on stage -- and they come to Auckland and Wellington in February. A show not to be missed is my pick. 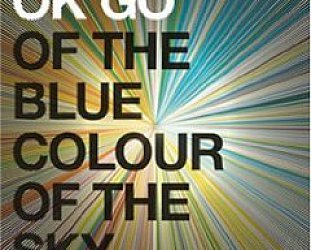 OK Go: Of the Blue Colour of the Sky (Capitol)

At the recent Laneways Festival it was noticeable every young band delivered up its obligatory noise segment -- feedback, atonal guitar trash'n'trash -- as if to prove its indie-alt cred. But... > Read more 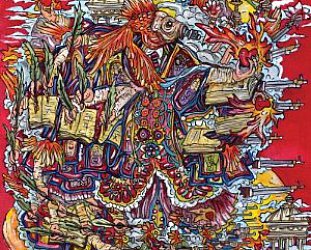 With their falsetto funk, tongue-in-cheek humour, camp dramatics, clever dynamics, pop-smarts and outrageous sense of fun, Of Montreal out of Athens, Georgia sound like Queen or a Fame-era Bowie... > Read more