From the Sounds of Silence through American Tune and beyond, 64-year-old Paul Simon has articulated the fears and hopes of his generation.

Unlike Young on his leaden Living with War, for this new album - in a gagging, sentimental cover - Simon takes musical risks and extends himself. Brian Eno provides the sonic landscapes - loops, electronics, weird bass - and it is mixed by Tchad Blake (Crowded House, Tom Waits).

From the opener How Can You Live in the Northeast? which questions preconceptions and assumptions through Outrageous, which adopts the voices of the impotent middle-class malcontents ("It's outrageous the food they try to serve in public schools") to Wartime Prayers, which questions the holiness of those who would kill in the name of their God, Simon stretches himself and his audience in evocative and allusive lyrics.

The most straightforward tracks show Simon hasn't lost an elegant simplicity - Another Galaxy is a beautifully optimistic spin on She's Leaving Home, and Father and Daughter speaks for itself.

As on his previous and underrated album You're The One, these are musically complex meditations on the past and God, sometimes with regret, sometimes with wry nostalgia about the certainties of yesteryear. But as always Simon addresses the complexities of the world with ambivalence and doubts.

With a supporting cast which includes Bill Frisell, Steve Gadd and Herbie Hancock, this is Simon on top form, and not looking to repeat former glories or styles as he addresses the post-September 11/Iraq War atmosphere with a poetic sensitivity.

He may not be as fashionable and hip as Neil Young, but he's made a more interesting album. 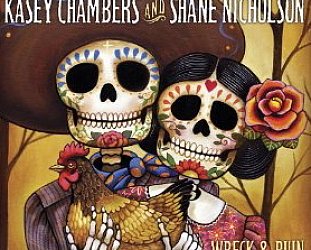