Empire of the Sun: Walking on a Dream (Capitol) 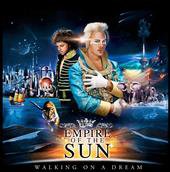 Not to be confused with the Spielberg movie of the same name (or an album title perilously close to Springsteen's current Working on a Dream), this is a project of (former Kiwi/now Australian) Luke Steele of Elsewhere favourites The Sleepy Jackson and Nick Littlemore of the electro-band Pnau (and who previously in Teenager with Ladyhawke).

One wag has said that when he saw photos of the duo (below) he thought they were a sketch from The Mighty Boosh -- and that's fair. This is retro electro-pop which has stepped off an Eighties dancefloor and if you liked MGMT or Mika (and you should!) then these guys will doubtless have some appeal.

It lacks the epic-psychedelic and camp gandeur of The Sleepy Jackson, and the songs aren't as strong as MGMT/Mika/Bonde do Role etc who also present glammy pop, and you do sense that these guys are just having a bit of self-indulgent fun and pulled out Michael Jackson's classic albums as well as a whole bunch of disco and techno-pop.

But my guess is the album format isn't their strength, it is in cracking singles and the bouncy title track, and the simple and memorable falsetto hooks in Half Mast, suggest that's their strength -- and weakness. But we live in an ADSD world so . . .

They don't lack a kind of Brian Wilson-grandeur in the arrangements (always a feature of the much underrated Sleepy Jackson) on pieces like the glistening instrumental Country or the wobbly backing vocals on Swordfish Hotkiss Night.

But they play their aces first on the opening three tracks and after that some of this palls a little. Check out the video of the single and the posted track though. Might just be your thing.

Very helpful for my school report 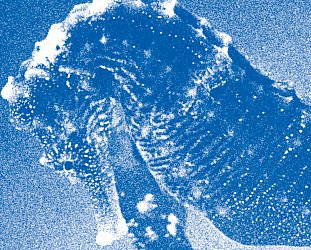