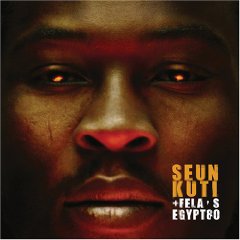 About a decade ago Julian Lennon, doubtless sick of invidious comparisons with his famous father, recorded a quite nice Beatlesque piece of pop and made this very funny Beatles-cum-Rutles video to accompany it.

As mentioned in relation to Sean Lennon (who has also resorted to humour to survive The Legacy), Ziggy Marley and Anoushka Shankar, it can be something of a cross to bear if your mum or dad were Enormously Famous.

Critics and the public can be notoriously unforgiving if they think the offspring are just coasting on The Family Name. Of course that is in the Western world and in other places -- notably India and Africa where there are dynasties of musicians -- people are much more accepting.

That said, it is surprising that so many people in the West have embraced the sound of Seun Kuti, the son of the amazing Fela Anikulapo Kuti because it sounds just like Fela. On the evidence of this 2007 album which finds him with some members of his father's former band, Seun adopts just about every nuance and Afrobeat lick that his father created.

Accusations of originality need not apply here, and although there is the wonderful Afrobeat sound driving this (so generic it could be patented) and it ticks some rather more politically correct boxes than Fela used to, it is hard to make the case for Seun doing much else other than conjuring up the spirit of his late father. (Although there is a softer tone to his alto playing.)

Maybe that's enough for some -- he plays the Taranaki Womad in March and I have no doubt he will "go off" -- but having heard the master I know where I prefer to get my Afrobeat.

Julian Lennon probably wishes people had cut him quite as much slack. 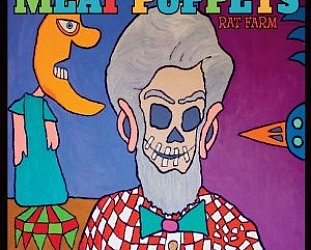 Although one of the great ignored bands of the 80s for their sun-baked but tough psychedelic-cum-country rock, Arizona's Meat Puppets only really got traction in the 90s after their appearance... > Read more 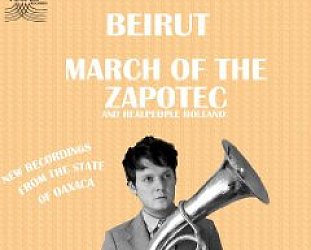 After the excellent Francophile-framed The Flying Cup by Beirut (aka peripatetic American Zach Condon), the Mexican music on the first of these two discs (a mere 15 minutes long) comes as a major... > Read more