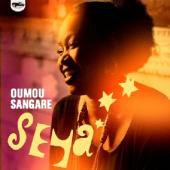 Somewhat surprisingly no previous album by this compelling singer from Mali has been posted at Elsewhere. Believe me she's a favourite around the house and this album now gives me the chance to rectify that oversight. The title means "joy" and that tells you where she is (mostly) coming from.

A singer since she was in her teens, she toured Europe in a band which included the great Toumani Diabate on kora, and on her return to Mali began specialising in the Wassoulou style of singing, a people from the south where her mother had come from. She was given a career boost by the late Ali Farka Toure and took her sound to Africa and then Europe in the Nineties through the World Circuit label.

An outspoken woman who rails against female circumcision, she is also a canny businesswoman, speaks out for equality between the sexes, and draws on both traditional Malian song and the Wassoulou tradition.

At this geographical distance we might not get the nuances and references, but there is no denying the intensity and passion in her voice and here -- with a band which includes electric guitar and bass alongside traditional instruments -- she again proves her emotional power. 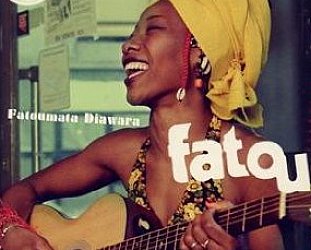 Opening with a barrage of rapid-fire images of war, turmoil and protest, Chevolution is a documentary focusing on a single photograph. It examines how one image of a handsome revolutionary took... > Read more