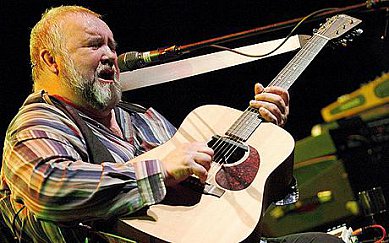 The death of this remarkably gifted British singer-songwriter in late January has gone largely unreported, but here we pay tribute to his exceptional talent.

Martyn was originally associated with the British folk scene in the mid-Sixties but his ambition and interests could not be contained there. Within a few years he had plugged in and was exploring innovative sonic effects, bringing an improvisational quality to his music and his 1973 album Solid Air (the title track written for the late Nick Drake) was a defining moment in British folk-rock, and for Martyn himself.

Often introspective and frequently relying on booze and drugs, Martyn separated from his wife Beverley (with whom he had frequently collaborated) and the resulting album Grace and Danger in 1980 was originally considered by his record company too depressing to release. It is an exceptional album, but not easy, and was highlighted at Elsewhere when it was re-issued in 2007.

Martyn continued to record throughout his long career (often shifting between acoustic albums and those of an electric-jazz persuasion), profoundly affected a generation of guitarists (among them Eric Clapton and David Gilmour of Pink Floyd, both of whom he collaborated with) and he also embraced the new sounds of hip-hop as a natural extension of his musical journey.

His personal life remained difficult (he lost a leg in 2003 and was confined to a wheelchair) and although he said he had beaten alcoholism that wasn't always evident in concert.

Difficult and idiosyncratic but quite clearly a particular kind of genius, John Martyn (born Iain McGeachy) was a man who rarely compromised in his life or his music.

Good on you Graham for noting the passing of a great and unique artist. The clip was excellent too. I love his albums Solid Air and also One World, but will definitely seek out Grace and Danger.

Many Thanks to Elsewhere for breaking this very sad news - I guess the mainstream media will catch up eventually! Your obit was very sensitive and thoughtful and the video clips are the very best John did.
John has left a huge legacy of work behind him and I encourage all lovers of rock music to discover him today.


With reference to mojo4music.com , click on home page , then news , then to Beth Ortons John Martyn Tribute , then to bottom of page and one comment by a Nick Ash , refering to Sweetwaters 1980.I know I met John at this great Festival, and that he performed. Only thing is one of us , either Nick or I has the date and time wrong.You see I reckon he played on the Saturday around 5pm , although I will stand to be corrected - things were starting to haze up a little by mid Festival.Anyway of interest is that Mojo is reporting a new release compilation of Johns major work and isnt that overdue - plus a DVD. It is reported John was looking to record next with Pharoh Sanders - now we can only imagine what that result would have been! Johns passing truely is a major loss to the world of music.

I first heard JM at sweetwaters way back and was transfixed by his intensity ,andI kept looking for the rest of the band(there wasnt).He sounded like 4 musicians at once,just blew me away.Later when walking up the hill to sweetwater headquarters(masquerading as a freelance reporter in an attempt to ride on the chopper], i had to take evasive action as a giggling John martyn rolled by!Many fine albums ,an Essential for sure. 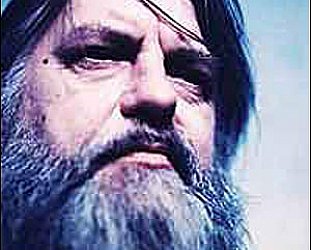 If you didn't know Wyatt and came to this soulful, slightly funky and utterly charming single by Robert Wyatt -- released in advance of the reissue of nine of his albums  -- you'd never think... > Read more 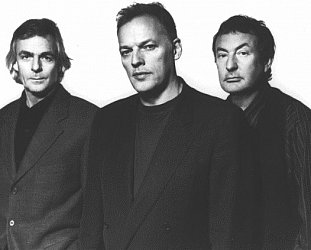 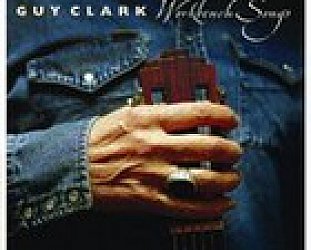 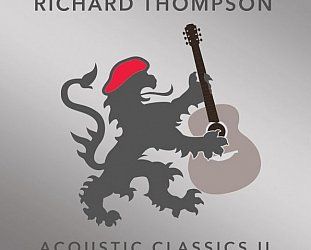 For decades his fans have argued that Richard Thomson has been cruelly overlooked, but that only seems to apply to sales: he has been accorded just about every major songwriting and guitar... > Read more