Yet Smith’s recorded reputation rests on very little. Certainly her astonishing debut album Horses married poetics and rock’n’roll in a powerful and innovative way. But since then there have diminishing returns over albums which were disappointing and often so mannered that she often sounded as if she were simply reworking the same successful tropes to lesser return.

Of her 2004 album Trampin’ a British critic rightly observed, “"It sounds like she hasn't heard a single thing outside her own music for about 25 years".

Live, of course, she could inspired and inspirational.

Those less enamoured with Smith than her devoted fans will find much to ridicule in the opening scenes of this beautifully shot documentary as she intones her litany of Capital Letter Moments in a flat, slow voice as if reading a holy writ. And by being in grainy black’n’white the filmmaker and Smith invite us to take this all Very Seriously Indeed.

Yet after that things improve quickly and this intelligent, often moving and frequently revealing doco shows a much more personable Smith than her often severe image has allowed.

In an interview with Smith at Elsewhere, done during this period, she was polite, thoughtful, funny and good natured, and those qualities are apparent here.

Smith wears her Capital Letter past so overtly (her latest spoken word album predictably has something dedicated to photographer/friend Mapplethorpe) that although this was shot over 11 years, director Steven Sebring hardly had to winkle out her reminiscences.

Filming started shortly after the death of her husband Fred when Smith moved back to New York with her two children, so there is a family snapshot captured also.

If Smith has often seemed emotionally aloof, here we see her slightly embarrassed but also proud at home with her mum and dad (“Daddy”); in period photos as the youthful fan of Burroughs who is wide-eyed and reverent in his company; slightly gawkish in her early days in New York where she speaks eloquently of how she had to flee the suburban complacency of New Jersey to create and be creative, and laughing now about how she used to try to hail taxis modelling her hand gesture on that of Bob Dylan’s in Dont Look Back.

We see her gently folding a favourite dress from her childhood, cuddling her children, being moved by poetry, in a burger bar, traveling, being inspired by poetry, and sitting in the back of a limo saying, “Doesn’t that cloud look like a whale?”

What is also a revelation is her voice in solo ballads as the camera lovingly pans over family photographs, elevating them (for Smith and her fans) to the iconic. There is no denying the gentle emotional power of her voice in such sequences, but here too is some wonderful live footage where she shifts from being angry and driven to celebratory and joyous within a few phrases and takes her audience with her.

At almost two hours (with extra footage), this is a lot of Patti Smith and although there are sequences (wind-blown, melancholy, funereal, posing meaningfully) which pander to Smith’s image -- at such moments it is about as honest as Madonna’s awful Truth or Dare -- there is also much more revealed about the High Priestess of Punk beyond self-mythologising. Her political activism -- largely not of interest to the rock press -- is not only admirable but courageous, and is given its due here.

Smith’s greatest creation has been herself and often in this exceptional documentary it seems that for her (and us) it has been worth it -- despite the pain. 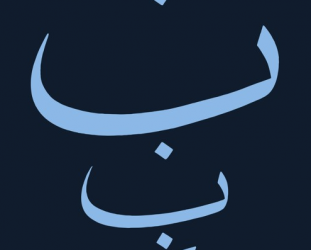 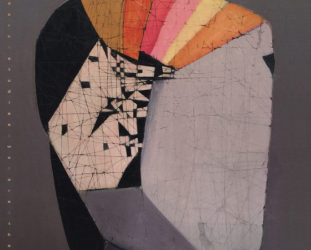