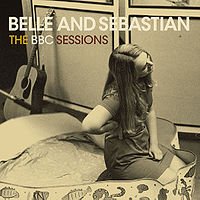 People like me -- about four decades past flatting, social anxiety, worries about sexual orientation, and so on -- are probably not the target audience for this light, fey but beguiling Scottish pop band who have previously appeared at Elsewhere with their delightful album The Life Pursuit.

But these people deliver such a charming line in post-Bacharach, McCartney-like, Ray Davies-influenced pop and rock-lite (with really really smart lyrics) that I find myself falling for them frequently. In fact, I'm not surprised to find I have four of their albums (including their breakthrough The Boy With the Arab Strap from 1998 which is highly recommended).

B&S are wry, dry, have a nice sense of emotional distance and arrange their material meticulously. And any band with songs entitled Is It Wicked Not to Care?, The Price of a Cup of Tea, I'm a Cuckoo, Wrapped Up in Books, Marx and Engels, Take Your Carriage Clock and Shove It, and Like Dylan in the Movies have got a lot going for them beyond the cliches.

This single album (it's also available as a double coupled with a live disc apparently) finds them in the BBC studios in (mostly) the late Nineties so some of the material will be familiar to longtime followers, although on a count-back fewer than half these songs appear on the four albums I have (one being their Push Barman To Open Old Wounds double disc compilation) and my research tells me that many of these are previously unreleased.

So what with unreleased material, different treatments in the studio sessions (very folksy and acoustic) plus the intimacy of the sound means that this one actually stacks up as something much more than just a stop-gap while the band apppear to be in hiatus.

If they are new to you, you could do worse than catch up now: they offer timeless pop with folk flavours and a sophisticated sense of self.

And not many bands write a wry piece about missing a meeting with Seymour Stein, the head of Sire Records who signed the Ramones. 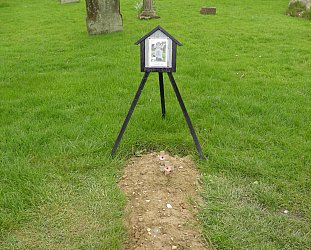