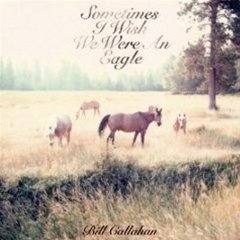 At a time when yet another Neil Young album and a truly dire Stevie Nicks live outing command major media attention, it could be slightly depressing that this one by the great Bill Callahan will probably go straight past most reviewers, and his potential audience.

Often appearing under the name Smog, Callahan has always appealed to people attuned to Bonnie Prince Billy, the Handsome Family and other earnest, deep and meaningful alt.country/Americana folk types.

Callahan's dark vocal -- sometimes more speak-sing than sung, like Leonard Cohen -- and his melancholy mood conjure up dream states in their minimalism, but here they are embellished by unsettlingly interesting arrangements written by Brian Beattie for stabbing strings, oddly Middle Eastern melodic interpolations (The Wind and the Dove) and distant but evocative sounds and angular drumming (Too Many Birds).

Until recently Callahan was the partner of Joanna Newsom (with whom he played in New Zealand) but it would be unwise to read the lyrics of loss here too literally, Callahan is a poet of the greater metaphorical issues.

This music and these lyrics command attention, but it isn't easy. As with Will Oldham (aka Bonnie Prince Billy) and others, it requires but rewards deep immersion -- "if you could only stop your heartbeat" as he sings before achingly sad fiddle comes in.

This is an album to come to when you leave life behind and want to dig in deep, and on the final 10 minute track Faith/Void -- a sound as wide as the prairie with gentle twang of guitar and Callahan singing the same line over and over, "it's time, it's time to put God away" -- you may feel the sense of ease that is here alongside what could be superficially read as being about the discomforts of existence.

thank you for introducing me to BC. It is a stunning collection of songs. The year's best so far

Such a fine album. The best work BC has done since Smog's "Knock Knock" IMO. I really liked "Woke On a Whaleheart" but this is a richer and more rewarding album. I have been listening to this on my my motorbike commute over the last few weeks and it keeps getting better. At this stage I reckon it's likely to make my end of year top 5 list. 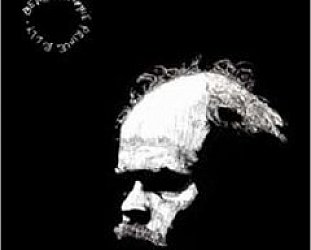 The previous album by Bonnie Prince Billy -- aka Will Oldham -- was the uneven but enjoyable Lie Down in the Light which found our former melancholy fellah in a somewhat more upbeat mood. It... > Read more