Some people are more rewarded for what they don't achieve rather than what they do. There are politicians whose gift is to keep their heads down, make no mistakes but do nothing of consequence, and wait for a position on a board.

That's in the nature of self-serving politics, perhaps. However it's more unusual for musicians who are assessed by the noise they make to be hailed as having made a contribution when their "careers" are largely composed of silence.

But consider the occasional "careers" of the Proclaimers, Blue Nile and Leonard Cohen who have yawning chasms between albums. Add to that list Chuck E Weiss, best and possibly only known as the Chuck E who was in love in the Rickie Lee Jones song of almost 25 years ago.

He hung out with Tom Waits as a boho-hipster and Tom sang Jitterbug Boy about Weiss, who became more famous for being sung about than anything of his own. Down the past two decades he released a couple of albums, but prolific was hardly a word you'd use. His '99 album Extremely Cool came a leisurely 18 years after his debut.

But Chuck was well-known in hip LA circles and was the brains behind Johnny Depp's money in the founding of the Viper Room on Sunset Strip.

Suddenly Weiss has become almost unnaturally productive, and only three years after Extremely Cool (which, like his almost immediately deleted debut, is extremely hard to find) he has surprised us with another album.

Old Souls and Wolf Tickets is an oddity, and sometimes actually likeable.

With suggestions of Waits' crankhandle rhythms and textures, and some Dr John southern funk, it opens with Congo Square At Midnight and goes out with Dixieland Funeral. Along the way he includes a swinging and wobbly treatment of Down the Road Apiece recorded live at the Viper Room with Willie Dixon, pianist Sunnyland Slim and harmonica player Carey Bell in 1970, and as one Jew saluting another who also interpreted black music, pays tribute to Al Jolson in the driving Jolie's Nightmare.

Yes, Weiss is hard to categorise, but he explores the roots of music that became jazz and early r'n'b rock by linking back to acappella vocal groups on the corner and New Orleans funk (No Hep Cats gets both in the same pocket), and the blues. So when he and his band the God Damn Liars rock out, they know exactly what they are doing. And less is more from these guys, too.

If Tom Waits' cast of night-creeper characters before about 1980 appealed, boogie-woogie piano and wheezy harmonica mean something to you, or second line funky saxophone crossed with gritty guitar is your kind of thing, then Chuck E once more has an album for you.

Better hurry though.; He seems in no rush to do these things, and they tend to disappear from sight fast. 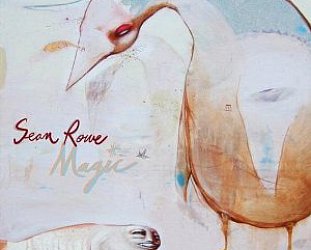 Recommended if for no other reason than people have been paying unfeasibly large sums for the original vinyl (doubtless rather scratched, the record came out in '72) . . . But more seriously... > Read more