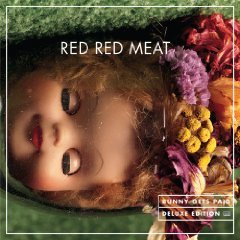 The now familiar "Deluxe Edition" is usually reserved for albums which have achieved some special position in people's lives: classic albums (Sabbath's Paranoid), cornerstone releases, Essential Elsewhere items and the like. And now this by a long disbanded band from Chicago that only a few heard about?

Not even going to pretend here but will just give you the backstory as I understand it: Red Red Meat kicked off in 1990 and had sprung from the ashes of a Chicago band called Friends of Betty, they lasted until 1997 and in that time recorded a few albums, Bunny Gets Paid of '95 among them.

Since they split a couple of them -- they were a four-piece but have guests here -- went on to other things: singer-songwriter and multi-instrumentalist Brian Deck has produced albums by Iron and Wine, Modest Mouse and others. And some others formed a post-rock band called Califone (whom I've never heard of, frankly).

Anyway their label SubPop has decided that Bunny Gets Paid is deserving of an expanded reissue so now comes as a remastered album and an extra disc of alternate takes, demos and such. And in a gatefold sleeve with an impressive booklet of lyrics and some liner notes that had me getting out my magnifying glass. (True).

And of the music? Well, it is certainly different, especially when you place it back in the context of its period -- and even now can sound disarming, uncomfortable, beguiling, folk-influenced, like a bad trip, like a heavily sedated Captain Beefheart if he'd been seduced by pop rather than avant-classical, is full of unexpected spaces and density and found sounds, sometimes gloomy like Tonight's the Night . . .

Imagine a post-grunge band which has attuned its ears to bent folk, isn't averse to bringing in viola and organ, has two drummers . . .

Very much a listening experience and on the first go through don't expect much to stick or even the full picture emerge. But repeat plays and the bonus of extra material to giveThe Bigger Picture means that this is certainly much more than a vanity project/reissue for SubPop.

Red Red Meat were clearly onto something here and this -- against the odds, and when lined up with other more expected Deluxe Edition reissues -- is definitely worth investigating.

It's an eerie one. 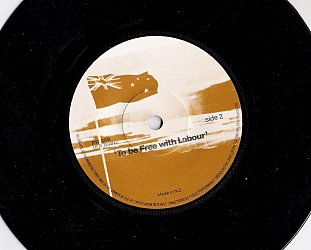