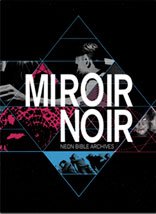 Arcade Fire deservedly won a massive and loyal audience for their exceptional Neon Bible album, an album that was orchestrated and grand as much as it was earthy and rock-framed. It was music of achieved ambition by a band that seemingly appeared out of nowhere.

This film by director Vincent Morisset -- and it very much feels like a slightly self-conscious "art film" in places: grainy images, hand-held camera, odd framing etc etc  -- is perhaps more squarely aimed at the loyal audience rather than the massive one: you have to have more than just a passing interest in the band/album.

Following them through rehearsals, stadiums, backstage japes and arty moments in exotic locations, this film also manages to place the effect of their emotionally engaging music squarely in the centre of the frame, even when it isn't audibly there.

It does that through identifying the often ecstatic effect Neon Bible has had on people. The conceit is that the band started its own hotline 1-866-NEON-BIBLE and people called and left messages, some of which are peppered through the movie as a kind of fan-base commentary.

But if this was supposed to be a satirical poke at televangalists and the new viral marketing, it comes off as something much deeper: people's calls speak of their genuine connection with the music, of how it has given them hope, changed their lives and so on.

Some might dismiss this as the blather of Americans with little better to do, but it doesn't sound like that. There is an intimate connection people feel with this group who, by and large, remain anonymous throughout.

That intimacy somehow translates to stadiums: the footage there, albeit often bleached out or sepia-toned for effect, is immensely powerful.

Arcade Fire are a band that people actually feel something for on an almost spiritual level it would seem. And yet they still manage to rock out.

A rare band indeed, and if some of this is almost wilfully obscure and deliberately downplaying the myth to elevate it, that hardly matters. It is a fascinating film -- with the caveat that it will play best to converts to the faith. 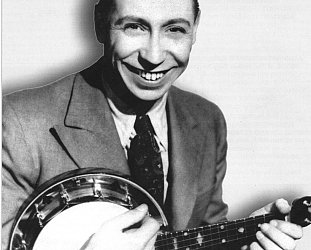