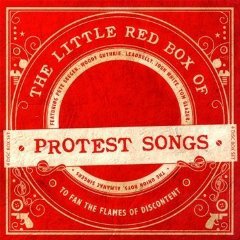 Perhaps this three-CD box set (with a DVD and booklet) might be subtitled "Songs for the New Recession" as the songs here have an almost alarming resonance, despite them being sourced from the Wobblies of a century ago and making their way into the contemporary world via Depression days and then the likes of Pete Seeger who has kept their spirit alive.

Seeger, who is 90, has come to the fore once more -- he was with Springsteen at Obama's inauguration -- and a song like his Banks Are Made of Marble (porous marble as one Chinese client in New Zealand learned!) with its text of working people losing jobs and money and banks still profiting sounds pretty 21st century -- and yet it was written decades ago.

Obviously some of the songs about Jim Crow, specific matters relating to loosing crops to weevils and the like aren't going to have quite as much meaning today. But more than enough in these 60 songs by the likes of Seeger, Woody Guthrie, various black gospel and spiritual groups, Leadbelly, Josh White, Brownie McGhee and others have a genuinely affecting quality and relevance.

And of course Bob Dylan drew on any number of these songs in his early days, playing some or rewriting others.

The excellent DVD doco here has Seeger, Guthrie and others speaking about the protest movement and notes how this ethos emerged from the 1909 booklets produced by the IWW (Wobblies) who set issues to music. It was these which were unearthed and resurrected by Seeger who also drew on Guthrie's original body of work. Guthrie is seen in rare film footage (the only one in existence I believe) and Seeger is interviewed at various points in his career, a voice of reason and moderation -- especially when offset with some middle-class people in the Fifties arguing that he just shouldn't be allowed . . . . because he's a a Communist and that is anti-American.

It seems pretty quaint, but the tension and threat (read that as you will) was very real.

And the essay in the thick booklet will give you all the background to Joe Hill, Seeger, Guthrie, JB Lenoir, Carl Sandburg, Josh White and others whose voices would not be silenced.

The poor will always be us they say, and so will injustice, racism, profiteers, war -- and the people like these who speak, or sing, out against them. 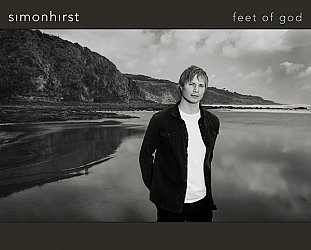 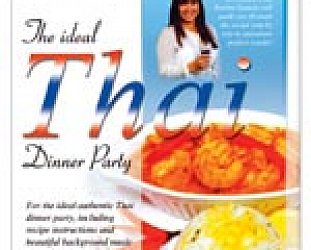 And now for something completely different, just because we can. I spotted this series of CDs with recipes and they are absurdly cheap, so . . . This series by chef Bettina Samain offers... > Read more 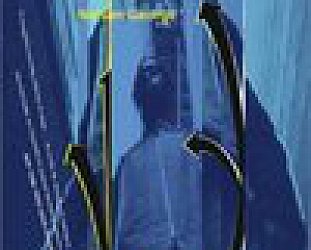