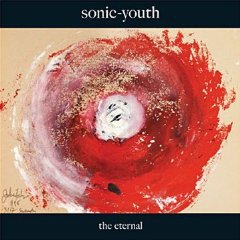 Lee Ranaldo of Sonic Youth recently noted that they were the Grateful Dead or Rolling Stones of their generation. He meant it seemed they had been around a very, very long time and were still out there doing it.

This is, depending on how you are counting, at least their 16th studio album (which sort of puts them around their Some Girls/Emotional Rescue period?) but rather than having enjoyed a steady climb to megasales on the back of their influential career -- outlined in Goodbye 20th Century: Sonic Youth and the Rise of the Alternative Nation -- they slipped in the sales figures.

After Rather Ripped three years ago (an album of concise, almost alt.rock radio-friendly songs for the most part) they parted ways with long-supportive Geffen Records and are now back where they started 25 or more years ago, on an indie label.

After their career high (sales-wise and in terms of public perception) with Goo and Dirty in the early Nineties, it seemed there was little SY could do to recapture attention, and in the post-grunge world they appeared at odds with the musical climate. That they toured playing Daydream Nation from 1988 in its entirety said more about the music business and audience expectation than it did about them.

So where to now for SY?

Back to the future it seems as this quite terrific album kicks off with the sound of the familiar: Sacred Trickster and Anti-Orgasm (both sung'n'spat by Kim Gordon) ride those massive slewing guitar parts which were cornerstones of their seminal albums like Goo, Dirty and Experimental Jet Set. It is as if decades of experimental albums (often not under the SY imprint) never happened and they are reinvigorated. Not bad for people well into their 50s.

Of course nothing is ever quite that straightforward and here too are SY's orchestral washes of guitar (a la Glenn Branca, as has been their aural fingerprint) as well as dense feedback, gently uncoiling melodies (the long coda to Anti-Orgasm) and Ranaldo's more structured rock-density on What We Know.

And this is an album which closes with the 10 minute Massage the History which rises and falls in gentle, oceanic movements and -- of course -- reminds you of the 20 minute epic Diamond Sea which closed Washing Machine in '95. It is utterly different (Diamond Sea reeled off into jagged feedback and free playing, this uncoils eerily then pulls back from pure noise to re-invent itself at the beginning) but the reference is there to be made . . . and the whispered vocal says "not everyone makes it out alive".

In that regard the album pays tribute to fallen heroes: there is a photo of Johnny Thunders on the sleeve and a nod to the late Stooge with "Ron Asheton forever"; and to Darby Crash/Bobby Pyn who co-founded the Germs (Thunderclap for Bobby Pyn).

But of course SY are survivors in this dangerous game and when they also make an aural nod to Lou Reed's flattened delivery on Poison Arrow it is as much a homage as a hint.

Those for whom Sonic Youth offered a pure alternative to rock (be it grunge or even indie.rock) may find this album far too self-referenced to be innovative. But SY are still capable of surprises (Malibu Gas Station here which like a miniature sonic suite of various sections). And when those guitars come crashing in they are utterly thrilling and unique.

With Mark Ibold of Pavement now seemingly a permanent fixture in the line-up, and with the confidence (and occasional humour) that this album contains, you'd be a brave man or a fool to suggest this: but here goes --- Sonic Youth sound as essential now as they once did.

If part of that effect comes from conjuring up their former spirit then let's be clear: these are the people who created the template so if anyone is allowed to re-explore it, it is Sonic Youth.

Long may they do so.

Wow, I like that a lot, never given them a listen to before. Will now!
Cheers Graham.
:) 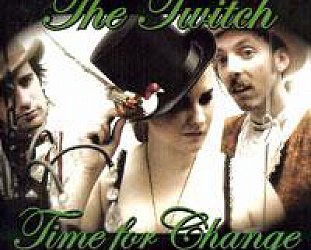 The album title is slightly misleading: if it is a time for change then acccording to Auckland's Twitch it is back to the future -- back to stabbing post-punk power-pop with a sharp New Wave... > Read more