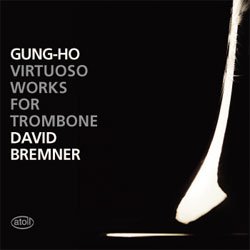 Subtitled "Virtuoso works for Trombone" this debut album by Bremner of the NZSO is a finalist in the Best Classical Album category at the 2009 New Zealand music awards*, and even if trombone isn't your thing (jazz by Tommy Dorsey perhaps, classical maybe not?) you'd have to concede this is extremely impressive.

It does feel a little like a show reel as he engages in duets with pianist Sarah Watkins, then brings in a lovely piece (Clouds) with the National Band of New Zealand, drops a solo bomb on the vigorous Panic, and also has a Gareth Farr piece with the NZSO.

But there is a coherent thread and it is the playing of Bremner whose tone can be soft and supple (Franz Strauss' Nocturno, Clouds, Richard Strauss' Allerseelen) or punchy and forceful (the four minute workout on Panic, the title track with Watkins and percussionist Leonard Sakofsky).

Bremner has an interesting background and a good sense of humour (I have profiled him here in the Listener), and some of that comes through: but it is in the more romantic pieces where he really shines and that sliding, soft tone the instrument is capable of is best explored.

* And in fact it won the award. 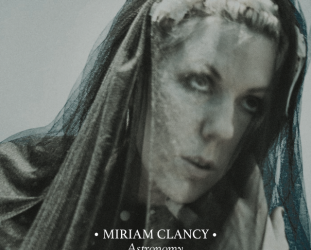