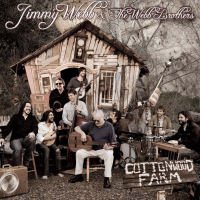 Anyone who has followed the career of the great songwriter Jimmy Webb (interviewed at Elsewhere here) will attest to two things: he crafts memorable material (all those hits for Glen Campbell, the gorgeous minimalism of The Moon's A Harsh Mistress made famous by Joe Cocker, the baroque McArthur Park) and he ain't much of a singer.

Like Burt Bacharach, you usually need to hear Webb's songs delivered by someone else.

Which means that this album on which he does sing mostly, but has the assistance of his alt.country rock sons (and his dad and daughter) polishes up much better and more interesting than many of his previous solo outings.

The ambitious title track is a 12-minute, multiple part narrative which Webb wrote in the Seventies but never recorded. It might have not had quite as much resonance back then as it does today: it is a reflective, sometimes sentimentally nostalgic, piece about the people on the land (his grandfather is the pivot) who work hard and are full of wisdom, but see their land taken and destroyed: "They paid grandaddy not to plant cotton . . . and they grew wheat until the wheat went rotten".

Sung in various places by Webb, his broke-voiced father and sons, it is a refracted epic that is quite remarkable in that it keeps your attention the whole way.

Elsewhere there is a confident, often orchestrally embellished, country-rock feel or those sprawling ballads that Webb favours, although ironically Mercury's in Retrograde here, which sounds like a Jimmy song, actually comes from his sons.

Webb raids his closet for his famous Highwayman, If These Old Walls Could Speak and the aching Where the Universes Are, and his sons cough up the rest (aside from the old Red Sails in the Sunset sung by his dad which closes things on a family note).

Webb is a sentimentalist (Cottonwood, If These Old Walls, A Snow Covered Christmas) but in this context he pulls it off, and although these songs are often embellished by strings, pedal steel and backing vocals until they become almost claustrophobic, Cottonwood Farm stands as the best album under Webb's name in a very long time. 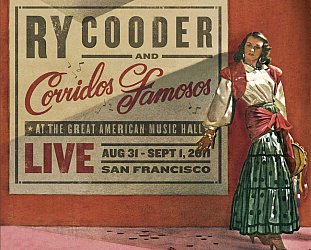 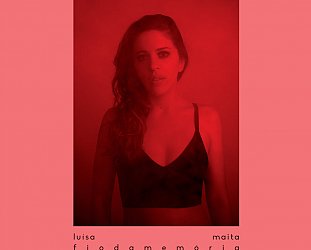 As the daughter of a Brazilian composer (her father) and an equally well-known producer (her mother), this singer-songwriter was perhaps always destined for a music career. In her younger... > Read more