Recently I flipped on yet another faux-country alt.folk album and listened to university educated people pretending they were Appalachian mountain dwellers imbued with a rural spirit and old time religion. I thought, "Spare me much more of this!"

And then comes this album to reinvigorate my interest in a mighty crowded genre -- and of course they are the furtherest thing from rural America.

The three Bondesson sisters Greta, Stella and Sunniva come from Stockholm and I never figured on Sweden as a hotbed of country-punk, alt.Americana and banjos.

But this album, recorded live on small stage in the studio with no overdubs, fairly rocks off the disc and whether it be in the close harmony and more considered work (Oscar Jr Restaurant Bar, Hold On) or the foot stompers (the flat tack banjo-pickin' Out-of-Towner with the hook "I don't want to go to bed with a man from town") these gals sound . . . well obviously not like "the real thing" because there is no such thing these days.

But they sure sound like they are enjoying themselves and that is infectious.

Comparisons are odious but certainly they would sit well alongside the Dixie Chicks.

In some quarters they have been criticised for lacking authenticity (oh, like Gillian Welch was born in a shotgun shack, right?) and indulging in American references they can't possibly know (so Springsteen had to steal cars and go on the run before he could write about it?)

It is fair to note this is at its strongest when it simply rocks out over double bass, fast strummed acoustic and foot stomps, but over the 12 originals the duds are remarkably few. And this is a whole lot better than that whining, bookish thing I was listening to the other day.

These gals sound as if they have a bit of life in them. Love to see them live. 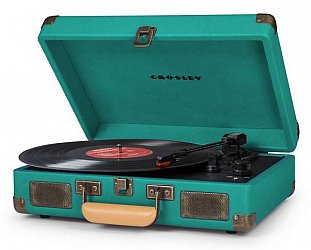 THE BEST OF ELSEWHERE 2014: THE YEAR IN REISSUES

Just before we consider the best reissues of the year can we just pause for a moment and note that Jimmy Page is the year's most over-rated man: his photo autobiography was a crashing bore (unless... > Read more 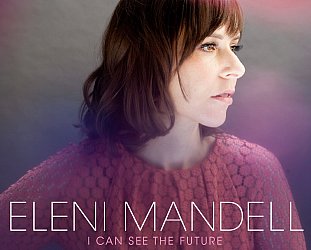 Eleni Mandell: I Can See the Future (YepRoc)

Possessed of kd lang's melodic skills and swooning delivery, with an ear on classic Fifties and Sixties pop which was a hallmark of the best Rumer songs and just enough folk-noir to bring... > Read more