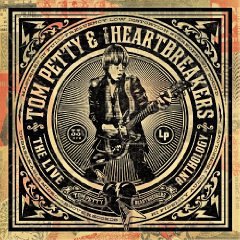 They used to say you could always judge a band by its covers. But today many bands write "originals" which sound exactly like their influences (like these people), or seem to be above such direct referencing. You suspect only the most confident of bands play other people's songs simply because they love and respect them.

Tom Petty and the Heartbreakers were always confident and have been one of the great American rock bands. Over their very long career -- blighted by problems as the excellent Peter Bogdanovich doco Runnin' Down a Dream shows -- they have assimilated folk-rock and Dylan, country music and rock'n'roll, soul and blues into their sound -- and in concert haven't flinched from throwing in covers which come from all these genres.

So at various points across these four live CDs you get covers of material by soulman Bobby Womack (I'm in Love), bluesmen Willie Dixon and Bo Diddley (Diddy Wah Diddy, I'm a Man, I Just Wanna Make Love to You), Thunderclap Newman (Something in the Air), Rod Argent/Zombies (I Want You Back Again), the Grateful Dead (Friend of the Devil), Van Morrison (Mystic Eyes), Booker T and the MGs (Green Onions), John Barry (the theme to Goldfinger), early Fleetwood Mac (Oh Well) and more.

And of course not only a fair scattering of the bands hits and album tracks (right back American Girl and Refugee to Learning to Fly and Free Fallin') but they stretch out (into a weird keyboard deconstruction on Melinda) and include Surrender which Petty wrote in '76 and "we never have recorded this song". There is also Dreamville with an orchestra in LA.

These concert tracks come from between 1980 and 2007 and are cleverly programmed to follow musical threads: like the bluesy edge which opens disc two, and disc three which appears to allow keyboard player Benmont Tench to shine.

This is a lot of Tom Petty, especially if you have followed his career and have the original albums. But Petty and the Heartbreakers were often best live -- although there was scant evidence of that in New Zealand, especially when they played with Dylan on that terrible open-rehearsal tour.

However this one does let you see them through a different prism -- and as with much of Petty's music, it makes for great driving music.

And you get to hear some classy covers played with great depth of love and feeling and respect. 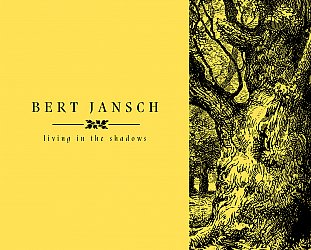 Elsewhere concedes immediately that this four disc set might be of limited interest to the general reader, but for Jansch fans -- and they seem to be growing in number every year -- these three... > Read more 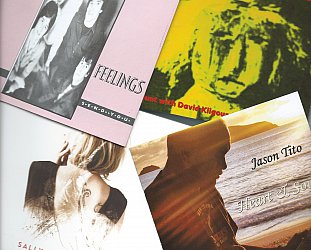