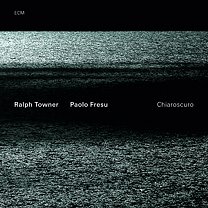 The album title here perhaps suggest rather more shadowland than is evident in these beautiful, sometimes light-filled duets by acoustic guitarist Towner and flugel/trumpet player Fresu.

Certainly they head to the shadows for a lovely treatment of Blue in Green (from Miles Davis' classic Kind of Blue), but with Towner's rich and inclusive playing which alludes to his Brazilian influences and stately classical styles, and Sardinia-born Fresu pulling out cool mood tones and sometimes a slightly distant Miles-like quality, this album lives happily in warm and usually well-lit places.

Doubled Up (with Towner on deep baritone guitar) sounds like a real conversation between the two where sometimes a strongly held opinion is tossed into the dialogue, and at other times the two agree and laugh together. A real highpoint.

The background here is interesting: Towner -- a longtime member of the ECM family -- was commissioned to write for a Sardinian group some 15 years ago and Fresu was a member of that ensemble. Towner recognised his gift immediately -- but it has taken this long for them to team up.

This is Fresu's first appearance on ECM (although Carla Bley wrote the album The Lost Chords Find Paulo Fresu for him which appeared on her ECM associated label WATT three years ago).

For their material they have gone back to that commissioned piece (Punta Giara) and some of Towner's earlier work, including the breezy Zephyr which Towner wrote for the Oregon group back in the late Eighties.

The brief Postlude at the end is a beautifully spare and reflective piece.

So here is music of proven depth (and experimentation on Two Miniatures) by players who have at last found each other -- and have taken the opportunity of their unusually paired instruments to share a love of melody and mood. 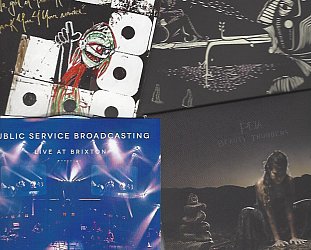 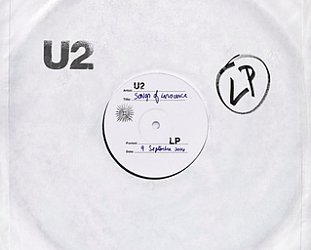 Because there's often a rush to judgement about U2 -- many hate them so passionately they don't feel the need to listen to them before dismissing an album as rubbish -- I've sat back on this new... > Read more