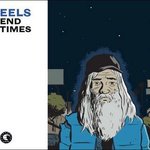 The last album by Eels/Mark Oliver Everett was the split personality of Hombre Lobo where gritty and sexually aggressive  songs were alternated with lovely ballads as if he was exploring two sides of the human condition.

It is a terrific album (you may only like half the tracks depending on your current frame of mind) and was Everett adopting a persona. This time out he has written what he calls his "divorce album" and the title refers to that period when love has left you and the world is looking like joining you in your personal hell.

Which can make for some bleak and emotionally naked material: In My Younger Days concludes "I don't need any more misery to teach me what I should be, I just want you back".

In Mansions of Los Feliz he says he'd rather just stay at home in the dark "on the edge of my mind" than confront the world. But like the best writers and poets he looks beyond the personal to see some universality, and asks "where do all the poor souls go, looking to mend their hearts?".

There are sad and terrible actions here: "I drew a line into the dirt and dared her to step right across it, and she did" (over melancholy piano with sad horn lines); and the title track introduces a man with a matted beard (the cover character?) shouting "end times are near" to anyone/no one "but I can hear him loud and clear, now she is gone and nowhere near".

Those who know Everett will recall he too has a long beard these days.

In a cracked voice that at time recalls Bruce Springsteen in ballad mode, or Kurt Cobain and Neil Young at their most strong but intense, Everett delivers these personal songs into a world he sees is indifferent, equally broken and full of fear. The music is stripped right back to spare instrumentation.

On Paradise Blues, over gritty guitar and a using a howling echo in places, he sings of a "scary little suicide bomber on her way to Paradise, gonna take herself and me with her" but equally he sees a bird on his porch and addresses it with slightly self-absorbed affection.

The most emotionally searing piece here is I Need a Mother: "sorry but it's true, I need a lover, not someone like you . . . I need a mother, it's nothing new. a little help sometimes".

The closest kin this album has is John Lennon's equally intense and revealing Plastic Ono Band of '70. "I am a man in great pain over great beauty, it's not easy standing on my feet these days."

Everett also sings in Nowadays "the truth is something no one really wants to hear you say, just 'How ya' doing?' and 'Have a nice day'."

Here Everett (on not his first emotionally raw album it has to be said) is delivering the truth about adult needing and wanting. And of course love ("the one thing I know that is true in this world is the love I felt for you")

Exceptional, even if it comes from a dark place.

Like this and want to hear where he went afterwards, check out the follow-up Tomorrow Morning.

Albums are usually far too long these days, and this is no exception -- but just when you think you might lose interest here the Keys pull out another angle: around the midpoint there are some... > Read more 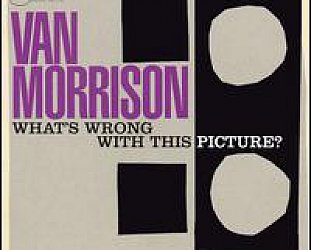 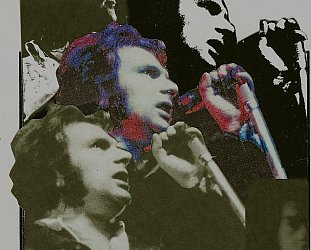