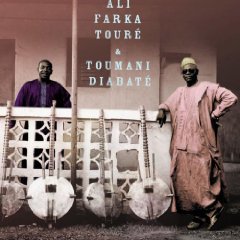 When the great guitarist Ali Farka Toure from Mali died in late 2005 he left an exceptional legacy of wonderful albums, not the least being the exceptional In the Heart of the Moon with kora player Toumani Diabate.

That album was why sites like Elsewhere exist (J.Lo hardly needs our help. right?) Their mesmerising music was like a portal into another world, and a very benign and relaxing one it was.

That we would no longer hear these two masters together seemed a tragedy -- and yet over a three days in a London studio a few months before Toure's death they had got together again. And once more produced magic, as this album evidences.

Although bassist Cachaito Lopez appears on half the track (and there are some discreet backing vocals on one, and percussion on two others), this is essentially an instrumental duets album where these respectful musicians play off each others moods and melodies.

There are some "Sahara blues" tracks here, but they deliberately don't have the guitar sting of Etran Finatawa or Tinariwen: Warbe and Samba Geladio have a warmer, more rounded sound (the latter almost playful on Toure's part) and everywhere that chiming, beguiling lute-like sound of Diabate's kora seduces.

Hypnotic, gentle, transporting and often simply enchanting, this is another exceptional album from two master musicians (and Elsewhere regulars) on material which comes from an ancient tradition but sounds as current as today's newspaper.

Essential -- if only for the good it does your emotional health when you lie back and listen. 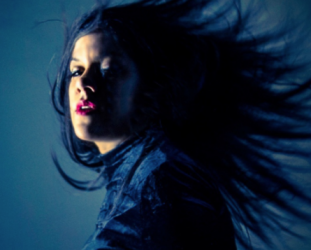 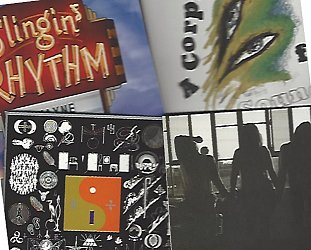