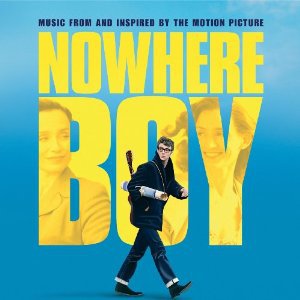 This is the music from the film which traces the life of John Lennon from a child to . . . Well, to where the film Backbeat picks up actually.

And as with the soundtrack to Backbeat which featured The Backbeat Band (Greg Dulli, Dave Grohl, Thurston Moore of Sonic Youth and others playing rock'n'roll of the era) so too this album has material by the Nowhere Boys (the film's cast of pre-Beatles) recreating material like Maggie May, Buddy Holly's That'll Be the Day, Raunchy (the Bill Justis instrumental which got Harrison the gig), That's Alright Mama and others.

Throughout there are original songs from the era kicking off with Jerry Lee Lewis on Wild One, through the classic Jackie Brenston/Ike Turner Rocket 88, Elvis with Shake Rattle and Roll, Wanda Jackson with Hard Headed Woman, Screamin Jay Hawkins' I Put a Spell on You, Big Mama Thornton's Hound Dog and Gene Vincent's Be-Bop-A-Lula. And more.

Yet surprisingly there is no skiffle (unless you count the rocked up Maggie May) which was so popular and influential.

This comes in a 33 song/double disc version also which would be more valuable if this elemental rock'n'roll is unfamiliar to you.

Older heads will have most of these songs (the Nowhere Boys add nothing to the tracks they cover faithfully, including Lennon-McCartney juvenilia Hello Little Girl and the McCartney-Harrison In Spite of All the Danger).

Perhaps a small inducement is the Lennon demo of Mother right at the end which Yoko Ono passed on by way of regal approval of the film.

So Lennon's life on film? Nowhere Boy then Backbeat, A Hard Day's Night and Let It Be, then the John and Yoko tele-movie and his murder in the film Chapter 27?

Or you could just watch the Anthology perhaps. 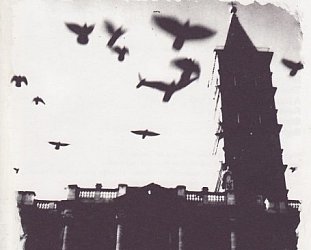 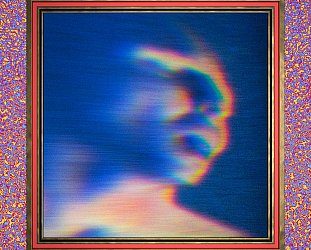