The Triffids and Guests: It's Raining Pleasure (Madman DVD) 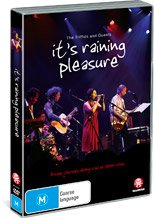 Elsewhere recently noted the tribute CD to David McComb of the Australian band the Triffids who died in February 1999. That all-star concert released as Deep in a Dream was to help raise funds to complete a doco on McCombs' short and sometimes troubled life.

Now comes this film taken from four nights of shows (which pre-dated the Deep in a Dream show by a few months) which included the remaining Triffids and guests such as Steve Kilbey (the Church), Mick Harvey (of the Bad Seeds), Rob Snarski (of McComb's post-Triffids band Black Eyed Susans) and Melanie Oxley (who sang back-up on the Triffids EP from which this film takes its name).

Again this stands as a two hour testament (with bonus material) to the emotional power of McCombs writing, although the interviews don't add much. Let's hope some of those subjects add more depth in that forthcoming doco.

But -- with the reissue of the Triffids albums, and these tributes -- there is no excuse for not knowing about David McComb. 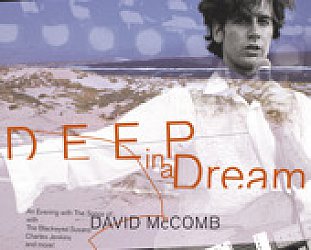 At some time in the mid Nineties I spent an afternoon in Melbourne talking with David McComb, the former singer-songwriter with the Triffids then Blackeyed Susans. He was as intelligent as I had... > Read more Even the writer Pico Iyer, who knows him better than most, concedes Leonard Cohen – so melancholy he used to be referred to as “a one man Joy Division” – presents a... > Read more 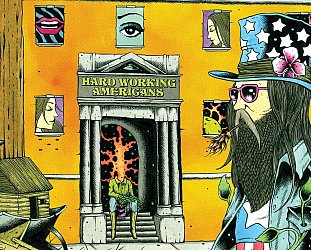 Post-Springsteen, working class dignity is in the air and in the US they have the same political shorthand we endure about “hard working families” when any Leftist politician steps... > Read more