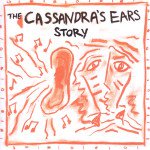 Early in 2010 the women who had been in the late-Eighties Kiwi band Cassandra's Ears got together for a gig and to their delight discovered that James Moss of Jayrem (which had released their two EPs Private Wasteland and Your Estimation) still had the master tapes.

Jan Hellriegel -- Ears' singer -- had pursued a creditable solo career after the band broke up in 1990 and had her own label, so she had the tapes remastered and rereleased as this eight-song mini album which comes with reminiscences by the various band members and a scene-setting essay by Ian Chapman who outlines the lineage of women musicians and all-women bands.

Cassandra's Ears weren't alone in that -- Look Blue Go Purple and Fatal Jelly Space (both on Flying Nun) were active in the same period -- but, as with all-male bands, each sounded very different. As expected.

Cassandra's Ear with their guitar jangle/post-Cure sonic cinemascope were a world removed the prominent synth-pop sound which was so dominant in the Eighties, and their musical ambition seems, in retrospect, highly sophistiated. Hellriegel could pitch herself somewhere between Patti Smith (the mini-epic Crystal which just rises and soars), an indie.rock-pop singer with something to say (Private Wasteland with percussion player Sarah Macnab) or a confident woman who at core is deeply uncertain about a difficult choice that some must face alone (Your Estimation, "will I go down in your estimation?").

Cassandra's Ear were a band which exuded a confidence in the studio that others could only admire. Leanne Ibell plays terrific guitar.

For many Cassandra's Ears were just a brief blip on the radar, but here's evidence they deserved to be something more. 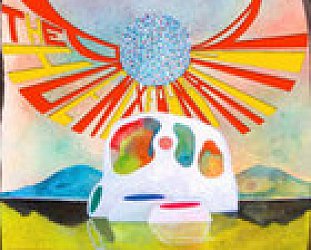 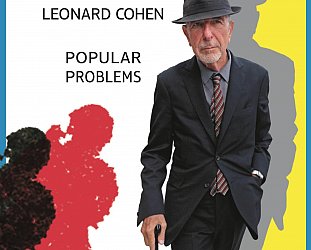