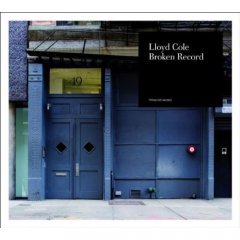 Lloyd Cole may not command that massive audience he once did, but his modest tours always pull the loyalists -- and his songwriting skills haven't deserted him, even though his great chart-worrying album Rattlesnakes with the Commotions was closer to 30 years ago than 20.

This new album, recorded in New York and spare in its arrangements for acoustic guitar and little more, puts those literary lyrics to the fore again and as always Cole can pull out a folk-framed melodic line which sounds vaguely familiar, vocally effortless and memorable.

Still sounding the thoughtful, melancholy soul, Cole here opens with the line "not that I had much dignity left anyway" (Like a Broken Record) which takes you immediately into this place where he asks when he "ceased to see the light/maybe I'm not built for these times" (Why in the World?), wonders "what if I was just a song, would you still cry when I played?") (If I Were A Song) and in Double Happiness speculates on the converse, "double despair".

But these lyrics are also more wry and dry than they appear on the page, and there is Inverse Midas Touch ("she's got bad luck, if I didn't love her I'd stay out of her way") which includes funny lines like these: "She gets to the airport as the hurricane hits . . . King Kong's headed for the Empire State and she's on the observation deck, waiting for a date like me".

He takes a slightly nasty, Dylanesque swipe at a lover who blames her problems on the city and has some mad romantic notion about country living, her whole personality is pulling him down and he can't escape -- but "anytime I get me far enough I come tumbling down again, I'm just your lonely satellite, Momma that's alright".

There is bright pop here too, notably the sprightly Genevieve which bounces along like a pretty girl in a flouncy skirt running down a Parisian boulevard.

Cole is an easy one to go past these days. His albums don't command the profile they once did, but his craftsmanship here -- applied to what amounts mostly to break-up songs -- comes with assistance from Joan As Police Woman and a small, sympathetic band (including Blair Cowan of the Commotions).

Witty, literary folk-pop with the occasional country touch. Well worth investigating, especially if he hasn't crossed your path in a while. 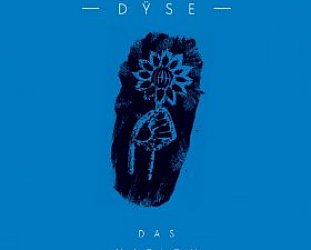