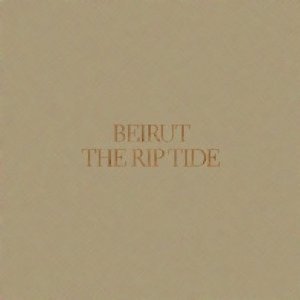 Within the very bland cover - despite the gold impressed lettering -- lies the typically colourful, romantic sound which we have to come associate with Zach Condon and his associates who bring accordion, horns, a touch of "South of the Border" as well as ukulele and pump organ.

Although scrupulously crafted -- you don't write horn lines like these without considerable skills -- and the sense that Condon knows exactly where he's going, this album neither pushes the previously-stamped Beirut envelope (being mailed to "Mainstream c/- Cult Status") nor expands much on the musical territory he has established for himself.

What it does do however is bring pop brevity and a sense of cheerily optimistic music to songs which also have other lyrical levels going on. It's hard not to like the pumping Santa Fe which -- with ringing guitar and snappy six string solos instead of piano, trumpet and Wurlitzer -- might have been power pop.

And there is an almost woozy, margarita-psychedelia about East Harlem which comes with McCartney-like piano-punching and lyrics which would have charmed Doc Pomus: "Another rose wilts in East Harlem and uptown downtown a thousand miles between us, she's waiting for the night to fall, let it fall, I'll never make it in time".

At first glance this short album (33 minutes) might seem little more than a coda to his previous work, but its very emotional directness, brevity and a collection of songs which just suck you in (the lovely piano ballad Goshen, the circus-life minimalism of Payne's Bay in which he repeats the giveaway line "I've been headstrong today") make this something rather special in its own quieter way.

Perhaps too quiet for those who want brash and the obvious, I think? Too bad for them. They will miss many charms, not least the cinematic melancholy of the title track.

Condon -- who possesses a melodic voice of growing confidence and restrained power -- here re-affirms that delicate balance he achieves between Mexican/Spanish music and romantic pop, aching melancholy and life-affirming uplift. European, but never fully so.

It's a rare blend of tasting notes which will age very well. Ambitious and slightly eccentric pop music doesn't come much more ambitious and eccentric as this, the second album by Zach Condon (aka Beirut), an American with a European sensibility whose... > Read more 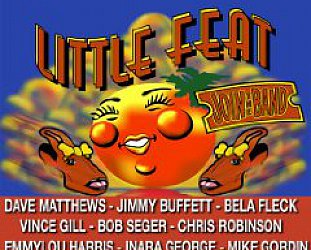