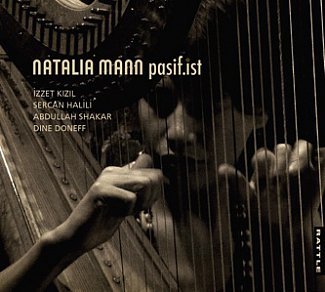 One of the legitimate complaints made about certain types of New Age music in the Eighties and early Nineties -- and latterly with fusion world music -- is that the music becomes acultural and stateless, existing in a place where cultural resonances are hinted at rather than effected.

While that can make for some fascinating "world" music, it can also lead to an emotional emptiness -- and at times this album, beautiful and beguiling though it is in places, certainly comes perilously close to suggesting all things but settling on none.

Harp player Mann -- Australian/Samoan originally from Wellington and for the past six years living in Istanbul -- here works with players on fretless bass, saxophones, violin, taonga puoro (traditonal Maori instruments) and various ethnic string and percussion instruments for an album of compositions which liner note writer Alexandra Ivanoff says "dwell in the subsconscious' netherworld" and "blends more than East and West [but] is a global music collage of who she is".

That may be true, but pieces like the seductive UC Adim errs rather too close to ambient, world music and jazz -- but none of them specifically -- to be fully engaging (although an imaginative remix might be interesting). Greenstones with Richard Nunns on taonga puoro and percussionist Izzet Kizil (Mann's husband) is certainly evocative enough (the flutes appeal innately to Kiwi sensiblities perhaps?) but again the overall result is disappointingly unmemorable.

However, When Once Birds -- a darkly melodic harp and disconcerting, scraping percussion duet -- is a standout for the emotional weight carried in its wistful romanticism counterpointed by brooding melancholy and a sense of loss.

Equally interesting is Butterfly Effect where again the percussion grounds the otherwise featherweight harp and gives the earthy sound of the klemence (a Turkish bowed instrument played by Sercan Halili) and arco bass (by Dine Doneff) some supportive backdrop.

The most fully realised and satisfying piece is Aksam Duasi which, over seven and a half minutes, quietly evokes a yellow desert slowly sinking into a golden dusk.

But in too many places this album passes by leaving little trace and pointing to nowhere in particular, evoking but rarely defining, shifting rather than settling.

Like the idea of this kind of music? Then check out this. 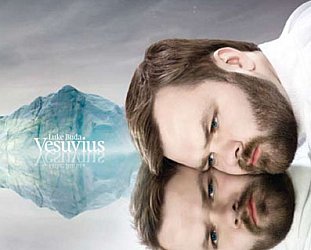