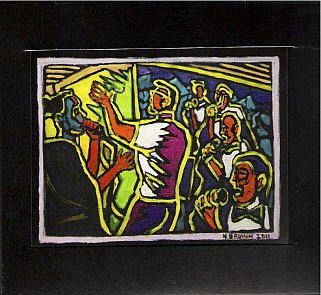 Dudley Benson's EPs and albums always have a sense of occasion about them. They arrive as specially thought out, beautifully packaged little gifts with delightful or dramatic artwork (the Peter Stichbury cover painting on the limited edition vinly EP Minerals and Rocks, the applique by Florence Dennison on Forest) and there is a sense of control and care about their contents.

Benson's catalogue of songs so far might be small but they really do conform to that cliche of being "perfectly formed", especially his early work occupying the first disc here which was recorded live in Auckland's St Matthew-in-the-City in 2008 (a holy moment being there, believe me) before a hushed audience rather in awe of what it was seeing and hearing.

Although this first disc is title The Awakening Live and draws from that album, he also included songs from his earlier Orders, Medals and Decorations EP (Husband Theme, Domino) as well as the traditional spiritual Deep River (rendered like an Anglican choral piece) and a courageous reconsideration of Kate Bush's Hounds of Love.

With a choir and string quartet, it was an extraordinary night and to have it recorded with such clarity for this series is very welcome. Some of it perhaps sounds like juvenilia now (the spoken word story of the hedgehog in Lingeress) but Benson's pure voice which exudes such a charming innocence -- naive even, in the original sense of the word -- carries everything along with it.

The second disc The Forest Live recorded live at the Oratia Settlers Hall in the Waitakeres in December 2010 (which I didn't see, to my great regret on the evidence here) naturally includes mostly material from his Forest album of songs by the late Hirini Melbourne, a few pieces of which I was somewhat less enchanted by.

But here -- an a cappella set opened beautifully by the romantic old Billy Rose ballad Tonight You Belong to Me which goes back almost a century I think -- that small catalogue is expanded by other Melbourne material and includes Benson's earlier and very popular Asthma again (you don't hear "ventolin inhaler, flixotide" in a lyric often, right?), plus Nothing Left at All and On the Shoulders of the Earth which date back to 2006.

And that song Ruru which I felt didn't work on the original Forest album is here as a terrific crowd pleaser and show stopper, and lets Benson return for the aching, lachrymose Kiwi.

That these pieces all fit together in such a coherent way -- waiata meets doo-wop if you will on the terrific, previously unreleased piece Purerehua -- is not just a measure of the consistency of Benson's singular vision, but also a handsome tribute to those here (and on the other disc) who share in it and bring it to fruition.

Despite the underselling title, this is more than just live renditions of his two albums. It recontextualises and expands them through the additional material to make you consider the songs anew.

Yes, Dudley Benson albums really are special events and this one -- with six insert cards by Nigel Brown which you can rotate into the front cover -- confirms his reputation as someone unique.

That he and his fellows can do this complex music live is quite astonishing. 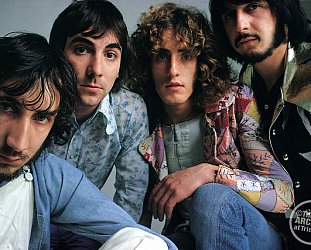 The first clip on the exceptional Who bio-doco The Kids Are Alright captures the band at their unpredictable best. It is late '67 and they are being interviewed on the US television show The... > Read more