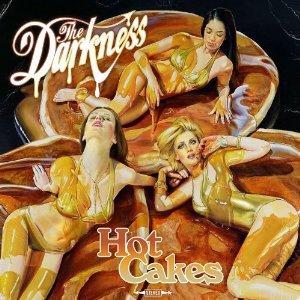 You'd have to have had your sense of humor gland removed not to have enjoyed England's Darkness ("Give me a D", "Give me an Arkness") when they emerged out of Lowestoft, the end of the train line, a decade ago with their glam rock-opera ambitions and a keen sense of the absurd.

They referred to much more famous groups they opened for as their "warm down bands" and their second album was One Way Ticket Hell . . . and Back. They were Queen with Spinal Tap aspirations, but also deadly serious when it came to wanting success.

But then came the departure of their moustachio-ed bassist Frankie Poullain, frontman Justin Hawkins faling prey to addiction then quitting, controversy over whether the remaining members (and ring-ins) would keep the name . . .

Just a messy end for a band that excited as often as it amused.

But as we know -- from the Queen and Spinal Tap stories, if not others -- there is no such thing as an end, even after the end.

So here are the Darkness again -- the original line-up even -- with more of their heroic, falsetto-punctuated, hefty-metal guitar pop-rock. And the album opens with the autobiographical Every Inch of You ("Baby I was a loser, several years on the dole, an Englishman with a very high voice doing rock and roll . . . I wanted to be a doctor, I wanted to be a vet until I heard Communicaton Breakdown on a TDK D90 cassette").

Later on the powerful Living Each Day Blind they also refer to their origins at the end of the line and the need to get out: "There's nothing left for us here, let's face it. We're losing sight of our dream, let's chase it, leave our mediocre lives behind".

Coupled to piercing guitar, Queen-style stacked-up vocals and delivered with a slightly desperate edge, that's a manifesto as much as an anthem for a band which deserves a second act.

Much of this material has been worked out live (smart move) so has all the sensible dynamics, towering choruses and sonic punch which an auditorium audience might demand . . . and it barely matter a jot that they reference AC/DC (Everybody Have a Good Time), middle American AOR of the Eighties (just about everything) and of course the obvious in Hawkins/Freddie Mercury vocals.

The Darkness are cheap drama (Forbidden Love), musical cliches delivered as if they have just been invented (their metal revision of Radiohead's Street Spirit) and straightfaced humour.

I suspect you either get them or you don't.

More KISS than Queen, at least in this humorous video. The Sweet for the New Millennium. Nice clean sound. Let's hope their formula for success rubs off on the world economy. 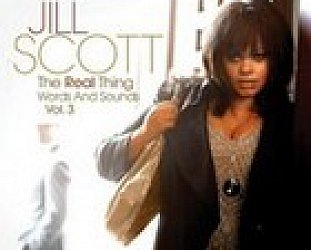 Although her impressive debut album L'entredeux took her to small audience (she sings in French) this Tucson-based singer and film-maker is rather more edgy on this outing which might win... > Read more