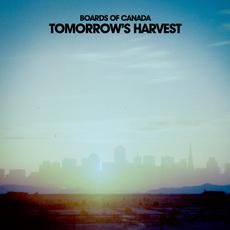 In that crowded spectrum between major record companies, bandcamp and obscure indie releases, it is getting harder and harder for bands -- even established ones -- to get attention.

Critics are forever wanting to discover "the next new thing" in some obscure corner of webworld to enhance their own cachet as much as that of the artist (you sometimes think the art runs a distant second) and you only needed to look at the hype/snowjob which attended the new Daft Punk album.

It was a triumph of spin and hype, and -- I will go so far as to mention Lady Gaga in the same breath here -- I found myself admiring the marketing more than the music.

Boards of Canada have a lot going for them when it comes to attention-getting: They haven't released an album in eight years (ergo they are elusive and enigmatic, and even better they don't do interviews) so unless their new album is an utter dog of ambient electronica it will be hailed as a return to form (yet they have so little, only two previous full-length albums, so how would we know what "form" they have?).

The fact that for this one they artfully dropped hints on Record Store Day through weird codes and clues (shades of Mr DaVinci's code) means the word spread through webworld.

All of which gets the hype machine rolling (they just sit back and watch).

If, like me, you are happy to ignore all of that and simply judge the artefact of the album on its own merits, you may be missing some of the fun. But in truth unless you are a geek or have some interest in riding their gravy train of publicity for your own ends, it is the album which you were only ever interested in.

Yes, we get this Scottish duo work the whole analogue end of the studio (it does sound like a presence in the room) but the idea of soundtracks for films which don't exist, music which alludes to states and places, or the inclusion of surface noise and clicks alongside electronica could hardly be considere either innovative or even worthy of much comment these days.

As with all music which seems to refer to nothing specifically outside itself -- and that puts classical and jazz into the same orbit -- you are left with states of emotion or being (weird, scary, sleepy) to convey what this is about.

Opening with a trumpet figure which announced news programmes decades ago, but not captilaising on the drama of that scene setter, this is ambient music which ebbs and flows, in places goes no further than Brian Eno's groundbreaking work four decades ago other than add beats and processed vocal samples (Cold Earth) and largely provides a weightless experience where you might feel you are working harder on this than they are.

This is heresy of course. Boards of Canada are enigmatic, elusive, have finally returned, did all that clever marketing . . .

This is an easy album to listen to (perhaps that was part of the point) but it also fails to grip for the most part and it might not be until the midpoint when the space-ambient Transmisiones Ferox and the excellent Sick Times with its woozy off-kilter feel and brittle beats that you start paying attention again after having let most of it drift by.

Collapse and Palace Posy are really cool. Both first emerged in the Eighties, the former when anyone with a synth figured out how to do Tubular Bells, the latter when Duran Duran got really big. Yep, this kind of BoCanda thing is retro-kitsch (with a twist of understatement which is always welcome).

Boards of Canada are good at what they do (I mean music, they are superb at marketing themselves in the absence of their selves) but to claim this as unique or -- as their bio has it -- "a resurrection" is just silly.

My thinking is this. A lot of people will like this because they can carry on with their office work or conversation while it is playing, or they can be typing their ecstatic review at the same time because it mostly isn't going to interrupt their train of thought about how enigmatic BoC are, how long-overdue this is . . .

Rave reviews everywhere I have noted.

On a final note.

Yes, I do like this for what it is, not for what others have claimed it to be. So I find it VERY interesting those who reviewed this weeks ago only had an on-line stream to listen to. I wonder how/why they could conclude its analogue production sounded so terrific. Did they refer to overseas reviews in the absence of actually hearing the album on a decent widescreen system. If so . . .

It does sound great (check Nothing is Real). I've played the CD on a very good stereo system at my place.

But did that come through in a narrow stream through a computer? Or worse a reviewer's laptop or iPhone?

Emperor's Old Clothes?
That's a great review of a band I used to really like but somehow, maybe, I got older and wiser?
Anyway I am still enough of a curious oranj to want to buy this BoC. But I promise to listen to it properly and not play it in the office...

Nice synopsis, G. When BoC released their first two albums, their woozy, grainy, out-of-focus textures and pastural aesthetics were a fresh take on electronica at the time, when electronics were largely presumed to be crisp and clinical, and they spawned many imitators. But this far on, it sounds quite ordinary. From what I've heard, it's more of the same, which is fine and something they do really well but isn't going to change the world or reinvent the wheel (again). I guess it's the same challenge My Bloody Valentine faced with their last album, which struggles to stand out within a genre they helped define, but if you forget the imitators, it does a pretty good doing what it does. We should be satisfied that they've established a niche that they can occupy well. If I remember it correctly, there's a cute story about Miles Davis attending a White House award ceremony. He is introduced to the first lady (I forget which, maybe Reagan), who asks him what he has done. 'I reinvented jazz', he says; 'three times'. Any other musician should be satisfied if they make a tangible impact on the evolution of music just once. 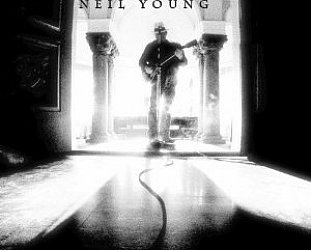 A preference declared: I've never been as smitten as many by Neil Young's acoustic albums -- never had a copy of Harvest for example, although I hardly needed it, everybody else played it... > Read more 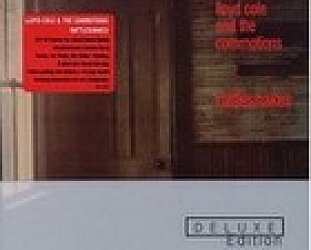 As with any year 1984 threw up some odd conjunctions, but to be honest Mr Orwell's year seemed odder than most: Springsteen's Born in the USA and Prince's 1999 competed for attention with Madonna... > Read more