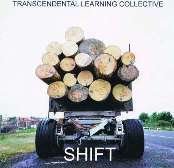 Given the pedigree of players on this debut album released a couple of months back – produced by Mike Hodgson from Pitch Black and Tinnitus, it is DJN (meulti-media artist Dan Newnham) of Drone, guitarist Sean O'Reilly of King Loser and others – it's a surprise it has gone woefully un-reviewed and largely undiscovered.

Perhaps the recent Sheen of Gold doco on the Skeptics (and this NRA track posted From the Vaults) might draw attention to the broad strand of dense electronic/guitar rock which has run through New Zealand music . . . because TLC (ironic acronym?) are part of that lineage.

The monstrous eight minute opener Munt in E7 (see clip) sets out the widescreen drone/noise/churn end of the spectrum and thereafter are similarly dense but constructed sound shapes with weird samples (disembodied vocals on the appropriately titled Robo) and guitar textures.

Far from the aural equivalent to being inside a concrete mixer, these five pieces across 40 minutes also refer to structured songs (the menacing sounding 5/4 actually advances a post-hippie ethic about freedom but racks up the desperation) and Brassica is a pretty funny take on menacing dub and toaster declamation (a heavily echoed "broccoli, cauliflower, brussel sprouts" is hard to take seriously).

But the real oil is in that opener and the 12 minute-plus closer BS -- a relentless march across a planetary wasteland elevated by ethereal voices -- which sound like real art music pieces, albeit for those who appreciate sonic density and edgy repetition.