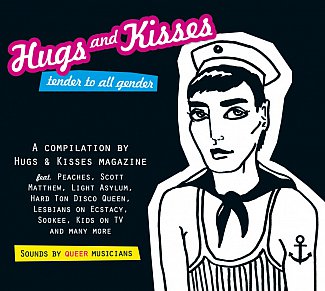 Some years ago I was in the States when television person Ellen DeGeneris seemed to be in a protracted state of "coming out". The media was full of speculation about how this might affect her ratings.

There were think-pieces in papers and it was a topic of conversation in bars and clubs.

One night over drinks with some people, I was asked what might happen if a high-profile New Zealand person revealed themselves to be gay. I said I doubted many people would care very much.

After all, I said, one of the most popular groups in the country across a wide demographic and embraced by Middle New Zealand is two lesbians (the Topp Twins) and we had a transgender member of parliament (Georgina Beyer) who had previously been mayor of a conservative rural town.

This was met with a slightly dumbfounded silence, so I threw in for good measure that we also had a Rastafarian MP (Nandor Tanczos) who could be seen skateboarding to work in the House.

It felt very good to be a New Zealander at that moment.

As it did last week when legislation passed to allow gay people to marry. That this came into law with barely a huff or puff (look at what happened in France recently, there were street riots) either attests to our liberalism or Kiwi laissez-faire attitude towards sexuality. Either way, it feels good to be a New Zealander at a time when so much else out there makes us cringe and angry.

Way back I wrote about the second Hero Day Parade in Auckland (the paper had missed the first one) and interviewed many and various organisers and so on. But I got an irate phone call from a subscriber to the paper. But it wasn't some volatile hetero, it was from an older gay man who -- with his partner -- was angry that the outre gays and drag queens had hijacked their sexual identity.

Most gay men of his acquaintance, he said, lived quiet, responsible lives and wouldn't want to be seen prancing down the street in glitter and heels. It was just undignified, he said.

He had a point, and I thought of it when listening to this German album, a multi-national compilation by Hugs and Kisses magazine and subtitled "Sounds by Queer Musicians".

This is a lot of fun and the name player include Peaches (her strident support for Pussy Riot little more than sloganeering however), Canada's Kids of TV, Scott Matthews and Lesbians on Ecstacy.

But it would also have you persuaded that most gay, lesbian and transgender artists make music to be enjoyed on E while beneath a disco ball.

No, it is not all relentless beats -- The Hungry Hearts deliver a nice line in Blondie-styled pop, Kids on TV appropriately lowkey with Liberace's Lover -- but electro-beat party pop is the dominant theme, some of it very good.

Kumbia Queers bring their own Latin American take to the dancefloor, Crazy Bitch in a Cave (from Vienna) offers bedroom-sized electro-pop with big aspirations and Light Asylum from Brooklyn turn down the lights for a dreamscape-with-drumbeats on the brooding and Goth-like Dark Allies.

So here is a collection of (mostly) dance music . . . which, selectively sampled, might just go down a treat at a wedding reception after midnight. 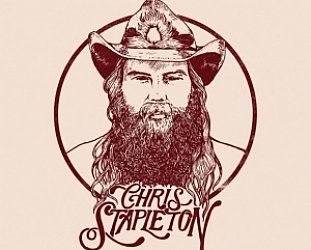 Because we essayed this superb songwriter and gruff-voiced singer on the back of his debut album Traveller last year we won't revisit that ground . . . only to say here is a guy whose music has... > Read more

There was an article doing the internet rounds recently in which some sage from the US announced that the CD was “dead”. One of the things you learn... > Read more