Elvis Costello and the Roots: Wise Up Ghost (Blue Note) 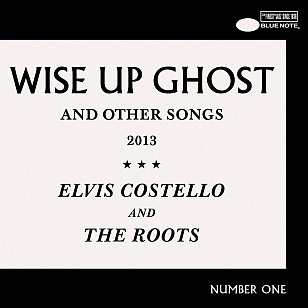 Even in Elvis Costello's unpredictable career (rock and country to string quartets, soundtracks and and music for a ballet among many other things), this album with the American hip-hop outfit the Roots comes as unexpected.

But the real surprise is that it isn't what might be anticipated – typically wordy Costello's lyrics bent towards rap – but a clever mash-up of stalking beats, samples, strings and horns with some of Costello's previous lyrics given unexpected re-settings.

Lines and small musical samples are pulled in from songs separated by decades.

The appropriately eerie Stick Out Your Tongue here for example is a slow moody take on his frantic Pills and Soap (from Punch the Clock in 83) with lines inserted from the frantic Hurry Down Doomsday (from Mighty Like a Rose, 91) and from the more recent National Anthem.

The result is an entirely new piece, as is the funky New Orleans take of Wake Me Up which has its origins in the furiously impenetrable song Bedlam off his 04 album The Delivery Man.

Elsewhere across most of these bent but beguiling songs there are other lyrical or musical references to his past, but with the presence of the Roots, weird string parts and places where the vocals are echoed and delayed, this is more than merely a clever exercise.

Even if you recognise some of the songs' origins (and hardly matters if you don't) they become completely different experiences and lines which once meant one thing now mean another. Throughout Costello mostly dials down the melodrama and vibrato which can be prone to employ, so much of this also feels uncomfortably up close and menacing.

But they also bring beauty: the deceptively romantic and 50s sounding Tripwire (opening with a sample from Satellite off Spike from 89 which the song is built around) and the new If I Could Believe at the end as a hopeful closer among the preceding unease, are among the most sensitive he has written.

Although Tripwire's lyrics suggest darker places than the melody and delivery evokes.

Costello's career has been one of constant musical shape-shifting but this outing – not "his rap album" as you might think – is unexpected and unexpectedly good.

Promisingly the cover reads “Number One”.

Elvis Costello in interviewed about Wise Up Ghost here. And there are archival interviews and articles here. 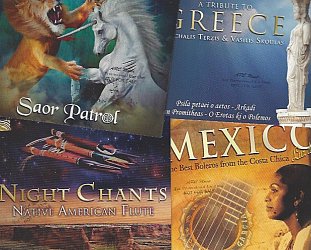