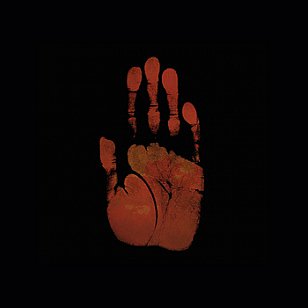 This quietly gripping acoustic album of faith and doubt, loneliness and family, affirmation and melancholy has a fascinating backstory.

Hiss Golden Messenger is MC Taylor from North Carolina and this album was recorded and released before his albums Poor Moon (2012) and Haw (2013).

He recorded in austere circumstances on a cassette tape-recorder in the kitchen at his home -- which was built by hippies who he says were shit carpenters so the place was freezing -- while his first-born baby son was asleep in a nearby room.

Out of these circumstances in which he questions his faith, country and place in the world, while nakedly revealing his own failings (Super Blue is subtitled Two Days Clean), come these intimate and thoughtful songs.

But that was just the start of the album's story.

As I understand it, the stock of the album was destroyed in a warehouse fire during the London riots of 2010. (The irony of a fire might have appealed to Taylor given his Biblical inclinations.)

The album has now been reissued in a gatefold sleeve with three extra songs (can't tell you what the sleeve contains by way of an essay, my copy is promo-burn) and as a cycle of emotions it is stark and compelling.

As much as he questions and doubts, there is also a thread of affirmation which helps weave these songs together. When he sings, "eventually I'll be set free and that will be fine" you get the crippling existential crisis he was facing, and yet he also sings of light and sunshine . . . and on O Little Light there is an almost a joy that repells all darkness and doubt.

Bad Debt is an album of rare emotional depth and honesty (try the intensely personal Far Bright Star as a questioning of belief), and despite the skeletal musical setting the songs transcend spare folk and reach towards something literary and philosophical. 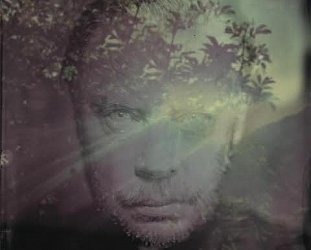