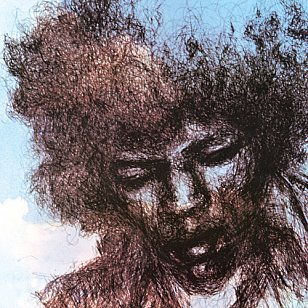 Long out of print (although not unavailable) and derided (unfairly) by some, Cry of Love was the first posthumous, artificially created album after Hendrix's death.

Cry of Love has awkward provenance because these songs were possibly intended for a proposed double album (possibly entitled First Rays of the New Rising Sun).

The other songs which would make that up were released separately as Rainbow Bridge (which has also just been given simultaneous reissue).

Of the two this is the stronger and -- despite being finished by engineer Eddie Kramer and Experience drummer Mitch Mitchell -- contains the most complete realisation of Hendrix songs among the many posthumous releases.

If the essential Hendrix albums are his debut Are You Experienced and the expansive Electirc Ladyland, Cry of Love exists along the same faultline as Axis; Bold as Love for its economic rock and ballads, although the rock songs like Freedom (despite a fine guitar solo) and Ezy Rider -- another "freedom" song are not a patch on Foxy Lady or Voodoo Child, and the ballads can seem little more than beautifully realised working drawings (Drifting and Night Bird Flying repeats some familiar riff and melodic lines).

The good natured and bluesy My Friend -- a loose studio jam with background chatter as if recorded in a bar -- and Astro Man are the least of this one, but overall it is the equal of Axis and considerably superior to some of the cobled-together affairs which followed.

And Angel remains one of his most tastefully reflective pieces.

Cry of Love will always suffer from the comparison with Hendrix's best work, but it is certainly worth investigating.

There is rather a lot about Jimi Hendrix, his albums, reissues, rare tracks, box sets and interviews with key figures in his career at Elsewhere starting here.

Very cool, Axis Bold As Love was the very first album I ever bought, from Dennison's music shop in Rotorua in the 60's when it first came out. I will enjoy this I am sure.

It was difficult trying to be cool in Rotorua way back then, though we did have a 10 pin bowling alley (with the pins on strings) and a very good juke box. :)

A sensational album. A turning point in his career and a truly emotional album. Belly Button Window on Acoustic guitar, shows a new side of Jimi but then In from the Storm shows where he came from. An album of contrast and an indication of where it may have taken him had he lived long enough. RIP Jimi A long time gone, September 18th 1970. Forty four years. Fly on brother, fly on..

Jos Dennison Smiths were great Records Rotorua $4.99-$5.75 Records in the Good old days. Loved "Electric lady Land ...but Cry of Love was a got to have it album when it came out Crash Landing and others were ..well its Jimi Hendrix got to buy it... 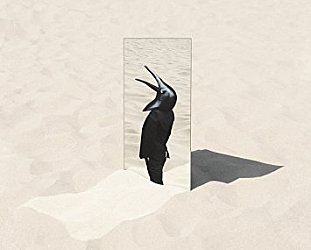 The former Penguin Café Orchestra under the baton of the late Simon Jeffes were never for just anyone, they were for everyone. Their string minimalism and quirkiness (try the odd Telephone... > Read more 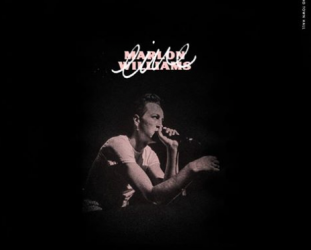 More than just a memento of last year's sell-out concert in May, this cleanly recorded set launches Marlon Williams' turangawaewae tour (dates below) and perhaps after that allows him to put some... > Read more