This exceptional album is named for Stevens' schizophrenic and drug-addicted mother who died in 2012 and the stepfather (married to Carrie for five years when the singer was a young boy) who was his stability and currently runs Stevens' record label.

The songs fold back into the past but are also very much located in present emotions.

They find Stevens at his most revealing (“I forgive you mother”) and taking stock of the circumstances which shaped him (“Nothing can be changed, the past is still the past”).

As much as the damaged Carrie, here too is the loving presence of Lowell and there is much light in what could be bleakly dark ruminations.

That is due to Stevens' high, sometimes featherweight delivery, the return to a more simple delivery, the gentle arrangements for the backing vocals, strings and synths, and the mood of compassion throughout.

There are character sketches too – some of friends and lovers – and clearly holidays in Oregon were a refuge from the emotional chaos (“When I was, three maybe four, she left us at that video store”).

Even when he sings “we're all gonna die” it is more with philosophical acceptance than sober melancholy. 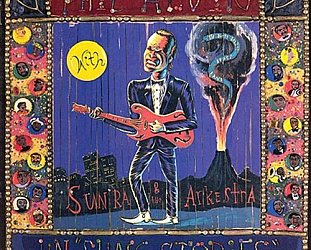