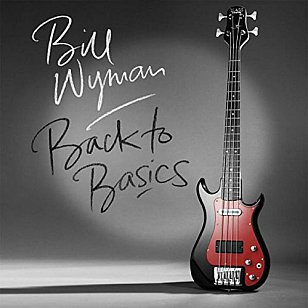 Apparently it has been 33 years since former Stones bassist Bill Wyman last released an album under his own name. But you'd have to ask, did you really notice his absence?

Of course he had his diaries to draw on for Stones books and the Rhythm Kings project to keep him occupied, but here he eschews their sub-superstar session ethic and enjoyable if often uneccesary covers for a whole album of original songs . . . many of which (writen back in the Seventies) sound alarmingly similar as he grumbles in a monotone which, if it had more expression and wit, might sound a little like early Ian Dury (for whom he wrote Je Suis Un Rock Star).

Excellent musicians on hand of course (among them the ever-reliable Robbie McIntosh) but if he was aiming at something like JJ Cale he's off the mark, and sadly songs like Love Love Love (a more simplistic lyric you could hardly imagine) sound like the kinds of things that Ringo might have rejected.

Someone might also introduce Bill to a songwriting book to show him rhymes do not have to be aa, bb, cc . . .

Might not be a great songwriter, but he was the Samuel Pepys of his rock generation. Although I was once corrected in print by a programmer when I said radio was about music (he, astonishingly, said in a letter to the newspaper that I was wrong, radio was about advertising!) it is... > Read more