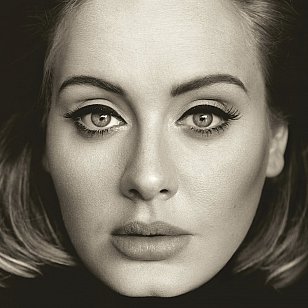 A week before the release of this album, Elsewhere was having a lunchtime conversation with someone at the very pointy end of the music business. He runs a chain of stores which sells something called “CDs”.

We agreed that good, bad or indifferent, this new and obviously much-awaited release by British chanteuse Adele was going to be A Very Important Album Indeed.

Because – especially since she hadn't made streams available – it might get people back into record shops, and while they were there . . .

Okay, Adele people aren't going to pick up the “new” Neil Young or anything by the Eagles of Death Metal just out of curiosity. But they might buy the new Sol3 Mio or perhaps the Marlon Williams album (if they managed to endure the execrable music awards long enough to catch his performance with Hopetoun Brown).

How important is this Adele album?

Well, the New Zealand Herald gave over a large space in last Saturday's edition to cover it and I don't recall even a Michael Jackson album ever getting that mainstream profile.

Much of the coverage is, of course, driven by the sales figures which seem to involve the words “biggest selling since . . .” and “largest pre-orders since . . .” .

The poet Robert Bly wrote – in his breathtakingly powerful poem The Teeth Mother Naked A Last about the human devastation in Vietnam – that “money follows intellect”.

In the consumer-driven media of our time we might now say unequivocally, “intellect follows money”.

Early reviews – which have been more three-star than advancing the line of Adele's on-going genius – have not and will not slow album sales, because the pump has been well primed and expectations are raised.

Not since Radiohead said their new album In Rainbows was going to be available on download (they didn't say “only on download” and it subsequently came out on CD) has the pop media in conjunction with the mainstream thrown itself into such a frenzy over what the more cynical call “product”.

And because of that Adele's album has become more product than artistic statement.

As an artistic statement it is hard to deny how good, in places, it is but . . .

But – while not denying her obvious singing and songwriting talent – there is an awful lot of musical and vocal melodrama here (the try-hard I Miss You, the unlistenably long piano ballad Remedy which, Elton-like, promises more than it delivers) and there are lyrics here by Adele and Greg Kurstin (who together wrote the rather good lead-off single and pop-referential Hello) which wouldn't seemed to have stretched someone writing a hit for One Direction.

In fact, I can hear that boy-band covering Adele/Kurtsin's Water Under the Bridge as each little man steps forward for an over-emoting verse.

There is actual adult stuff here to though: River Lea broods like a thirtysomething lost in their post-partytime years, the acoustic-Latin Million Years Ago may be a little obvious but it is very affecting, All I Ask is a standout classic ballad for its simplicity which then soars (and I guess Celine Dion has already got the sheet music) . . .

Wedding singers should check out Sweetest Devotion which would sound apt in an abbreviated acoustic version at the nuptials.

And Adele still has the nouse not to ululate like Whitney or some Adele impersonator on an Idol show. Restraint remains her forte.

This and perhaps any comment on Adele's new album is inconsequential in the grand scheme.

However if you are going in to a record store to get one – for yourself or others – then pick up Sol3 Mio for mum or your aunty . . . and why not check out that “new" Neil Young?

Or even this if you are still willing to take a chance on the unfamiliar.

Otherwise, just enjoy this new Adele album  . . . as you are perfectly entitled to do. 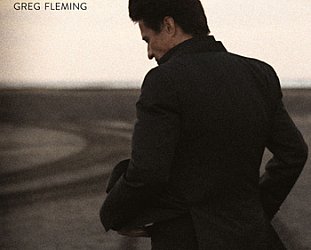 In a guest column for Elsewhere this week, the New Zealand singer-songwriter Greg Fleming notes dryly that his last album Edge of the City with his band The Trains was his dark rock-noir album... > Read more 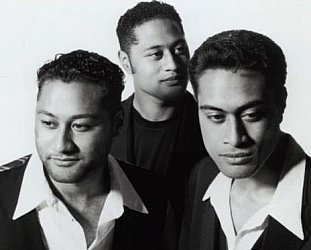 The rooms backstage at the Auckland Town Hall aren’t up to much. Clean, certainly, but this very small one comes with only a tiny mirror above the handbasin, the toilet is somewhere down... > Read more