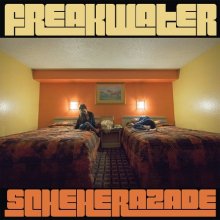 That looks like a pretty ordinary motel room on the cover, and in the first song -- a fiddle-dragged dark and disturbing piece entitled What the People Want -- is the story of a rural rape and then throwing her body down the well.

The second song is The Asp and the Albatross, two animals -- if you know you Shakespeare and Coleridge -- which do not bode well.

Welcome to the darkest of dark country music -- recorded in Kentucky -- by a band which hasn't released anything in over a decade  . . . but here return with this deep shadowland collection which some might uneasily feel is too long at 45 minutes.

Others (this writer included) will consider it a wonderful deep immersion of rural country gloom where farms get blown away by debt and the Dustbowl (Bolshevik and Bollweevil which opens with "the sky was black like caviar") and there is a lot of death'n'sufferation.

The album title refers to the mythical storytelling queen of One Thousand and One Nights who saved her own neck by recounting such mesmerising stories that the king -- who, the next morning, had beheaded every other virgin after their night together -- spared her.

These compelling songs have that effect: the stories are so shot through with misery and sometimes redemption that you just want to hear the next one.

Freakwater -- here with the Dirty Three/Nick Cave pal Warren Ellis on violin -- explore a territory area somewhere more bleak than Southern Gothic . . . but somehow manage to make the songs such a journey (down) that you need to hear the next line or stark image.

The music matches the moods too: yearning fiddle and mandolin in places, but shuddering and distorted electric guitar on the challenging Cave-like Down Will Come Baby (which gets a little knees-up beat just to get you through this bruising, rock take on the old nursery rhyme).

Fall of Sleep enters an eerie blues world with careening guitar in the Paris, Texas landscape, and getting out of it is the problem.

NUmber One With a Bullet is a title which has been used before, but as you might anticipate this isn't a cover. It's more about the metaphorical "bullet" than the pop charts.

In the vaguely promising Take Me With You -- a more acoustic outing -- the singers ask about the destination . . . but you feel they are on the Donner Party and doomed to oblivion in the "snow and cold and rain . . ."

Singers Janet Bean and Catherine Irwin walk a line between sweet harmonies from an Appalachian holler and ancient Celtic folk, and yet all this sounds terrifyingly contemporary in its presentation of twanging guitar. Even the title of Velveteen Matador hints at an alt.country Velvet Underground narrative: standing on a corner waiting for the pain . . .

We've said it before -- in a reference to signs at Disneyland -- about albums like this, by way of a warning, a joke and a recommendation.

But this ain't no Disneyland and the ride is all downhill and there's not a lot of perceptible light at the end. 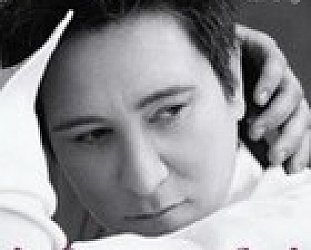 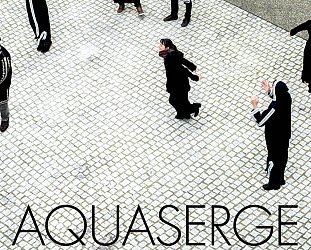 Here's one to have you racing to a web search because this French outfit can hardly be called a household name, although it seems they've been around for a decade, played in 10 countries, have won... > Read more