Pacific Heights is the alias of Wellington producer and songwriter Devin Abrams who was a longtime member of electro-legends Shapeshifter.

But here – the first outing under his own name in almost a decade – he pulls back the thumping Shapeshifter beats for an album (with guest vocalists) which shifts between dreamy neo-soul and electro-ambience, the latter tracks like the ethereal sonics of Hana and the discreet exoticism of Ibanaka (suggesting a beat-driven Popul Vuh and their work for Herzog) commending him to ad agencies and those in need of a soundtrack artist.

Louis Baker guests on the standout soul-yearner Buried by the Burden (a little like Antony Hegarty taken down an octave or two) and on Breath and Bone Deanne Krieg brings an aching melodicism.

But at the close of play this is a producer's album because it is Abrams' sonic palette which is explored, although he does it without recourse to dramatics or losing sight of the song (Drained with Jen Turner).

After the more economic songs (around the four minute mark on average), the closer is timed as a 10 minute piece The Wilderness which -- while it doesn't add anything to the vast body of gentle, oceanic ambient music out there -- certainly lulls you down into the barely audible by the midpoint . . . and then leaves you with a lengthy silence before its return as something more hauntingly assertive and melodic (like sunbathing Eno and Kitaro whispering ideas to each other from their hammocks).

Subtle, impressive and more than just the calling card it might have been. 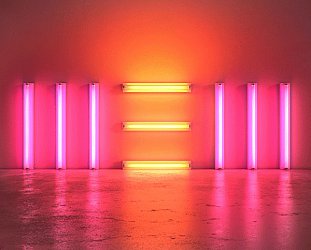