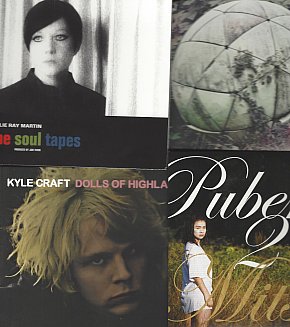 Although this German-born singer – who has spent decades in Britain and the US – certainly has the pipes for deep soul music this crowd-funded comeback album doesn't quite gel in the way that its best tracks suggest they might have. She starts That's How Strong My Love Is (made famous by Otis Redding) so far up the emoting range she has nowhere to go with it, and it certainly isn't subtle. Much better is her take on One Way Street (written by the great Ann Peebles who sang back-up on one of Martin's earlier albums). Her own songs are a mixed bag too: the opener Your Ghost is Right Behind Me (co-written with pedal steel player Melvin Duffy) is in the classic soul ballad mould but it never quite embraces a chorus so exists on one dimension other than her wringing it for meaning. Much better is the Bo Diddley-riff driven Skin on the Wheel of Time where she hits a midpoint between Fifties rockabilly blues, harmonica-honking and Aretha. When she gets low'n'sultry (the straight-ahead soul ballads Two Cents for Heart of Gold and The Long and Lonely Fall) or connects to Southern soul on Strongheaded Woman you feel she has found her metier. So a bit uneven, but this lady can sing and the best here is as good as deep soul gets.

Four albums in and Japan-born, New York-based Mitski Miyawaki might just be ready for her close-up with this brittle, sad, indie-rock outing which chugs like classic New Wave rock (A Loving Feeling which looks back even further, to mid-Sixties) and Eighties electro-pop in places. She offers songs with titles like Your Best American Girl (she's not the one), I Bet on Losing Dogs, My Body's Made of Crushed Little Stars (a bruising, two-minute rocker despite its delightful title), Crack Baby (which again subverts the expectation of the title) and A Burning Hill. Musically she doesn't reinvent the genres she works but her sometimes deadpan vocal style suits the settings which are sometimes coiled and moody and at others like an explosion in a guitar factory. Eleven songs in 32 minutes,, well worth checking out, even when it tests your hearing.

Check the clip below.

You don't need to be told this guy from Louisiana – now based in Portland – likes to sometimes splatter on the glitter and lipstick because this debut fairly screams glam-rock and the early Seventies when Bowie was stomping and Elton John was going country. However the clever part is that most of this sounds like it was conceived in a Southern bordello where the piano player and singer had to belt it out to be heard above the hubbub . . . and so he took his cues from Meat Loaf's melodrama as much as Bowie's glam. The woman named Berlin “shines like a mirrorball”, Trinidad Beach is a more dreamy psychedelic-Lennon affair, Pentecost is Aladdin Bowie with a religious twist . . . By the end however the vocal attack from Craft does become somewhat wearing and you'd love him to tone it down sometimes just to give some texture and dynamics. But he's got a voice-box and he's gonna use it. Small doses, methinks. Check him out here

Gunn – who previously played guitar in Kurt Vile's band – has appeared favourably at Elsewhere in the past so should need little introduction. But he's one of the more under-the-radar artists despite a dozen albums to his own name, sometimes exploring themes or genres. This time out he's got a thread of journeys and travel but as always, it's the getting there which is the most important part. He is a superb guitarist who traverses folk-rock, country-rock and spiraling-out psychedelia so if you've found him previously you'll happily sign on for this one because, if nothing else, he crafts a memorable song on which to hang his terrific playing and if his voice isn't that distinctive he wins you with lyrics which sound both personal and universal. Recommended. In places it's a bit like Tom Verlaine goes country. 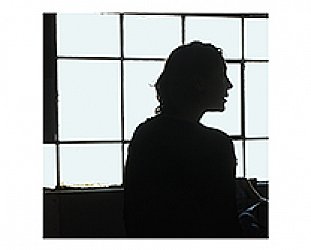