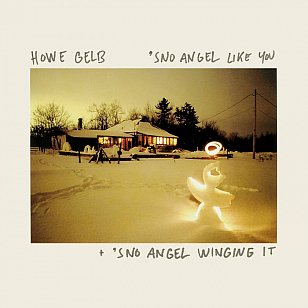 The astonishingly prolific Howe Gelb (Giant Sand, the Band of Blacky Ranchette, numerous albums under his own name) has yet another new one coming in late November.

But meantime there is the 10th anniversary reissue of this album which seems to come in various formats including a double gatefold LP as Sno Angel Like You/Sno Angel Winging It.

We here just have the original 16-song single disc (in the vinyl cover), an apparently there is a CD/DVD/book edition also.

At the time Joey Burns and John Convertino had left Giant Sand (to form Calexico) so it was an opportunity for a re-think by Gelb, and inspiration came from an unusual source: gospel choirs he heard while playing solo at a festival.

The result was this album where he delivered somewhere between a country-flavoured and more empathetic speak-sing Lou Reed, Bob Dylan if he'd heard the Velvets rather than country music in '67 and of course the voices of the gospel-styled choir.

So it is sort of alt.country with sprawling lyrics and stories delivered with an up-close intimacy over rolling and sometimes rollicking rhythms . . . with swathes of appealing gospel-soul.

He plays a few Giant Sand songs and some by his late pal Rainer Ptacek but comparisons with their previous versions are irrelevant.

This is where Gelb takes liberties, whispers or rides a groove, and weaves odd imagery and soulful sounds together in a way which invites you in and keeps you there.

If you've never heard this – or worse missed out on Gelb's vast catalogue completely – then here is the perfect in.

For more on Howe Gelb including a lengthy interview see here. 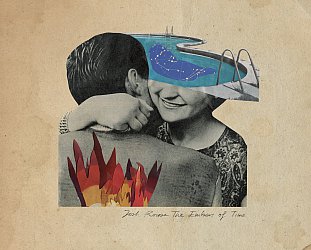 For more than two decades this singer-songwriter – who started in Nashville and now works from his decade-long home in Spain -- has released under-appreciated albums (Under Cold Blue Stars... > Read more