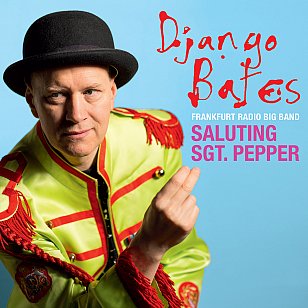 Although you couldn't fault the timing of this album by British keyboard player/conductor/arranger Bates and the Frankfurt Radio Big Band, the result is somewhat less engaging.

The 50th anniversary of the Beatles' Sgt Pepper album invited many such opportunistic tributes but too often this, by remaining extremely faithful to the original right down to the replication of animal noises and the run-out groove, feels like opportunities lost.

The musical arrangements aside, a key element against it is in the lead vocal by Martin Ullits Dahl.

The original album had the gift of diverse voices adding even more texture: McCartney's cheerleader/ringmaster MC opening the show, Ringo's sad sack style on With A Little Help From My Friends, Lennon's disembodied psychedelic style on Lucy, McCartney in ballad mode on She's Leaving Home, Lennon's taut frustration on Getting Better, Harrison's monochrome style on Within You Without You . . .

Four very different vocalists (two of them with other voices in their armoury) cannot be even approached by Dahl.

And musically, with a few interesting exceptions, this plays a very straight bat to the original.

The more tripped-out Being for the Benefit of Mr Kite is a high point in the arrangements behind the verses but pulled back by a failure of nerve in the psychedelic cut-up section in the middle.

So as the album plays out towards the classic Day in the Life there is a sense that this can be ticked off as a job well executed but adding very little to our knowledge of the original album . . . or what a well-drilled big band might have made of this if the reins had been loosened much more.

But, against the odds and in a comparison it is impossible to win, Dahl brings a suitably suburban melancholy to the Lennon part on that final piece.

Available from Edition Records, see their excellent website here for this and other British and European jazz artists in their catalogue. 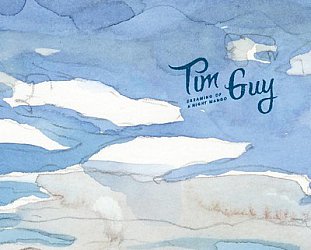 Tim Guy: Dreaming of a Night Mango (Lost and Lonesome)

New Zealand singer-songwriter and producer Tim Guy has appeared at Elsewhere previously, notably for his delightfully thoughtful and airy 2007 album The Hummabyes, and when he answered the... > Read more 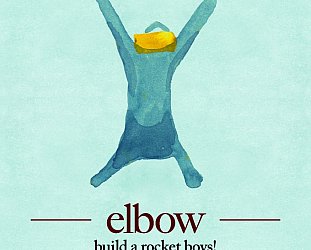 It's interesting to read the comments at Elsewhere after the previous Elbow album The Seldom Seen Kid in 2008 (which won them the Mercury Award that year): essentially the thread was, how come... > Read more