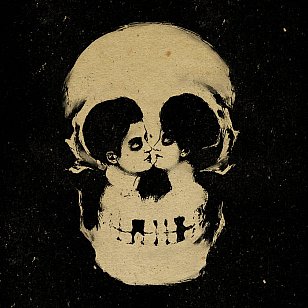 Although there have been any number of musical settings of Shakespeare's songs and sonnets (Paul Kelly recently with last year's Seven Songs and A Sonnet for example), the very prolific Paul McLaney takes another direction into the words of the Bard: 10 of his soliloquies.

Those are passages spoken directly to the audience, sometimes in earshot of other actors but unheard by them.

It's a dramatic technique which Alan Partridge (Steve Coogan) dismissed in his fine autobiography I, Partridge.

“Not a play goes by without one character whispering something about another character that is clearly audible to that character. By virtue of the fact it has to be loud enough for the audience to hear it, it's inconceivable that it can't also be heard by the character in question. It's such an established technique in Shakespeare's canon people just think no one will notice.

But seriously, these 10 songs pick up classic soliloquies from Merchant of Venice, Hamlet, Macbeth and others, and the collection closes with the famous sonnet 18 ( “Shall I compare the to a summer's day . . .”) sung by Maisey Rika in te reo.

What elevates these words and lifts them from the page and the stage, are McLaney's assured voice and those of his guests (Mara TK of Electric Wire Hustle, Julia Deans, Ria Hall, Esther Stephens and Laughton Kora, as well as the arrangements for strings and the small band.

An immediate standout is The Deeds of Mercy by Ria Hall (“the quality of mercy” from Merchant) which has a gentle folk feel and Shakespeare's words an effortless fit. It seems instantly familiar yet Hall's vocals draw the listener into the spirit and sentiment which lies at its heart. Beautiful.

McLaney's deft finger picking lays down a lovely bed behind Kora on the cuckoo in the nest, Christopher Marlowe's Passionate Shepherd to His Love with Stephens' elevating in her part which picks up the most famous lines, “live with me and be my love”.

Stephens get the hardest task with the almost overly familiar and somewhat of a mouthful in places,To Be or Not To Be (although to be fair most people couldn't get to the sixth line) which here has suggestions of a dark cabaret.

And Deans owns Lady Macbeth's “unsex me here” speech, a soliloquy full of menace which is the darkest piece here.

This project began as a concert last year at the Pop-up Globe Theatre in Auckland, but it is wonderful to have it now available as a recording (vinyl and digital). . . and it is touring (see dates below).

This is a world class collection, Alan Partridge's whistle-blowing aside.

THE 'PLAY ON' TOUR 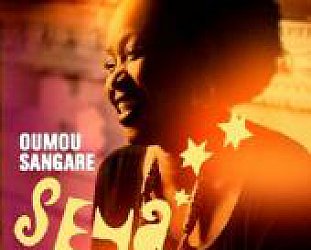 Somewhat surprisingly no previous album by this compelling singer from Mali has been posted at Elsewhere. Believe me she's a favourite around the house and this album now gives me the chance to... > Read more 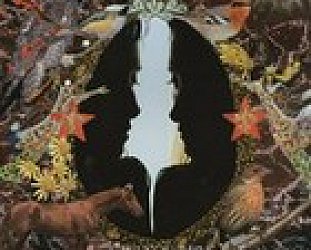