Bill Lake and the Right Mistake: As Is Where Is (Melrose) 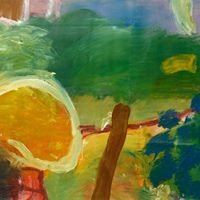 If Bill Lake had done nothing else he would still be a hero in this happy household for his witheringly accurate Banana Dominion (about the Muldoon years) on the album 8 Duck Treasure by the Pelicans way back in '83.

But of course Lake has done so much more: in the Seventies he was in Original Sin alongside Rick Bryant, there has been the Living Daylights, the long-running Windy City Strugglers who had an on-off-on career since the late Sixties, at least one solo album that we are aware of (Home Truths in '96) and . . .

If that seems like a lot of writing and performing, it has in truth been more intermittent that that suggests. But his work is so refined, so focused in a kind of country-blues with white-soul inflections, and possessed of a kind of broken elegance that any new album is always welcome.

This one – a few songs among the 11 co-written with longtime collaborator Arthur Baysting, one with Baysting and Ross Burge – was recorded with a small acoustic band in a place where Lake is literally most comfortable, in his living room.

That makes for an ease and intimacy, but he doesn't resile from exploring the dark side of human nature. The title track about an itinerant (“I went down to the underworld to see what I could see, when they said it's time to go I said No, it suited me . . . I got a cut-price deal”) might have sat comfortably in the catalogue of early Tom Waits for its slinky, walking blues and street persona; The King of France is a jaunty folksy piece written from the perspective of a sassy lesbian; A Walk in the Park is a delightful instrumental with guitarist Andrew Delahunty shifting to mandolin . . .

For the very moving Grandma's Music – with saxophone from Andrew Clouston – he sees the small world of a woman in resthome who lives in golden memories and buries her secret life and thoughts: “There's nobody here who understands, nobody here can dance . . . dust spins around in the sun . . . my mind going crazy . . . dancing to exhaustion and every move feels true . . . I want to go walking, sleep in the shade, hear music like my Grandma made . . . I feel like I'm living in a foreign land . . . I think of your voice . . .”

And the simple opener Grown Out of the Blues is both musical confession and autobiographical: "Now and then I can see, the blues is where is where I come from, it's a like a tree, so I know now I grew out of the blues".

This on first blush seems like a modest collection from a modest man, but the engaging evidence here is that Bill Lake has nothing to be modest about. This offers gentle, sometimes witty and just as often moving reflections at every turn.

Available on Spotify, iTunes, Soundcloud and other streaming/download services. 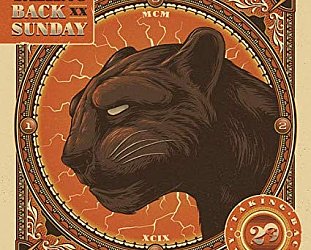 To be honest, Elsewhere has never previously encountered this New York band . . . which is a considerable oversight given this is their 20thanniversary retrospective. But unless you have a thing... > Read more

So there I was at the urinal when Quincy Jones walks and says, "Hi Graham". It was awkward to shake his hand so I just nodded and asked him if he was enjoying his evening. Now Quincy -- who... > Read more