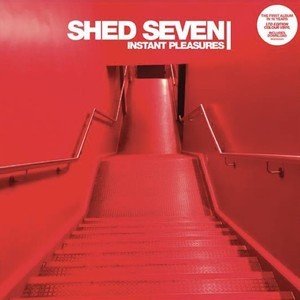 To be in the UK during the Britpop years – even just, as I was, in and out a few times for a few weeks at a time – was exciting. There were bands everywhere and you felt you were encountering some of them at a peak – Oasis in Leicester a week after their Earl's Court shows, the exceptional  Ocean Colour Scene and Jesus Jones in Birmingham (years apart) – and others just about to go huge.

It wasn't all just Oasis Vs Blur. Behind them were bands who were often just as impressive . . . like Shed Seven who I saw play a packed house in London where it seemed everyone knew every word of their then-current album, A Maximum High.

And chatting with singer Rick Witter beforehand he came off as a typically cocky, witty, good looking and charismatic English pop star in the making.

Back in New Zealand I tried to interest the newspaper in a story about them but – as I found after a New York interview with the extraordinary Garland Jeffreys – there wasn't any interest in people who weren't already household names . . . like Blur and Oasis.

(Or, in the case of Jeffreys, Nirvana who had suddenly become no more within days of my interview when Cobain blew his brains out.)

Shed Seven deserved our attention but they just didn't translate across the globe and so I put aside the album and photos of Witter and just the memory simmer then sink.

They carried on to lesser successes, broke up, there were the inevitable reunions and some compilation albums and then broke up again.

And now, against the odds, they are back with Instant Pleasures produced by Youth which got good reviews in the UK and actually breached the top 10 over there.

Reviews referred to them as “second-tier” and inevitably noted that like so many of their running mates like Cast, the Boo Radleys, Menswear, Gene and so many others, they never reached the heights of Pulp, Suede, Blur, Oasis etc.

Which is a bit unfair, but that's the fact, Jack.

For this brief and former fan, Instant Pleasures is a reminder of just how good they were with tight Britpop full of almost lighter waving choruses, widescreen guitars and sometimes that emotional pessimism which the Brits can do so well (the gloomy Better Days).

Boxes ticked for sure, but in a confident hand.

As with most Shed Seven albums (other than A Maximum High perhaps) this is not exactly essential, but 16 years after their last release it is a very sound outing from a band that meant nothing in this country but at their best coulda-been-contenders. 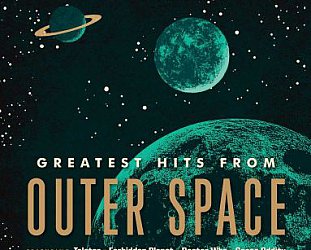