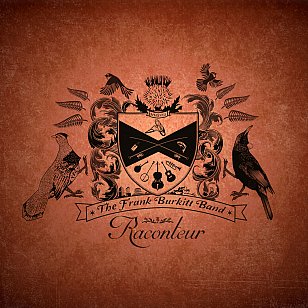 Elsewhere has acknowledged this Edinburgh-born/Kiwi resident singer-songwriter previously and would say immediately that his up-front style of alt-folk-blues probably doesn't suit the laid-back, cheers-'bro mood of many in this country.

Burkitt often writes and sings songs of emotional power within the orbit of sometimes strident and uncomfortably real songs which locates them a long – and sometimes a very welcome long – way from all those benign and bland international surf/environmentally-friendly folkies who litter our musical landscape.

Burkitt has a strong voice and can sing seriously of fragmenting relationships rather than trying to be the New Age caring man, as on the excellent emotional schism of Simple, which is far from what the title suggests and looks at a break-up from the flawed but still valuable male perspective.

But Burkitt and band can do the gypsy-jive party mood. As on Paint the Town with a McCartney-like I Saw Her Standing There count-in “1-2-3-4” before the woozy ensemble comes in with trumpets and klezmer groove and funny lines like, “It's time to accept that, George Clooney's never gonna ring”.

The latter is live pub entertainment, the former is thinking stuff, and this album – as Burkitt flips the lyrical cards everywhere – moves between broken love (the emotionally naked and timeless a cappella closer My Heart Waits with lines like “your beauty will tarnish”) and narrative folk (The Gypsy Barber, the confidently delivered Albert Woodfox).

When Burkitt turns to affairs of the damaged heart or finds a metaphor in Nature (Breathe Slow) he is at his most engaging on record, but on the rest of this (Too Much Noise, another broken/anger song) he would be – live in a room of listeners – an entertainer delivering much to enjoy in the moment.

An album and artist – on this evidence of this album – of two halves.

The title track is exceptional. 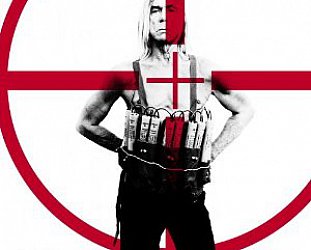