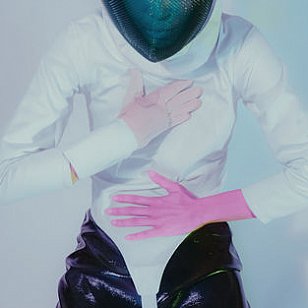 Much has been made of the various locations at which the tracks on this album were recorded – Seoul, Hanoi, Portland, Mexico City, Auckland and Reykjavik – as well as how eclectic it is: Prince-like soul, scouring rock, funk etc.

But it is just how coherent and self-contained it sounds which is so impressive, despite those seemingly disparate factors of place and genre.

It plays like albums of the old style – think Nilsson, mid-period Beatles, Kate Bush et al – where the artists explored different aspects of themselves yet created something which took the listener on a sonic and personal journey.

And here Ruban Nielson who plays almost every instrument (but has guests like his brother Kody and father Chris along with bassist/co-producer Jason Portrait) manages to weave a sonic tapestry out of the diverse elements and place discrete songs together to make for a satisfying and sometimes surprising whole.

So while a song like the gentle r'n'b style of Hunnybee written for/about his young daughter (“don't be such a modern stranger”) sits in the same space as the furious and distorted rock of American Guilt it makes sense because we all live in the greater world as much as our private one, and these extremes add texture to the internal dynamics of this 11 song album.

There is still dreamy psychedelia here (the drifting Hendrix-like guitar sound on the engaging but counseling If You're Going to Break Yourself) as well as wig-out pyrotechnic Jimi-funk (Major League Chemicals).

And some mirrorball manoeuvres on Everyone Acts Crazy Nowadays.

But the acoustic guitars peppered throughout along with his Prince-like warm, high voice and the slippery mid-tempo melodies (Ministry of Alienation) make for an emotional centre which binds things together (The Internet of Love) to make this resonate in a number of interlocked directions.

It's also a sometimes dark and thoughtful journey (the brief Chronos Feasts on His Children) but by the end you feel his peripatetic path around the globe has paid off with an album which rewards with every repeat play.