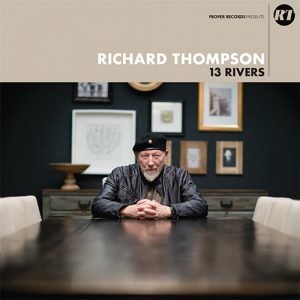 Longtime fans and loyalists – count Elsewhere among them – have long admitted defeat with Richard Thompson OBE: no matter how good the albums are by this extraordinary British guitarist and songwriter, and many are exceptional, his fan base never seems to expand.

So despite us here reviewing his albums and conducting interviews we assume that the same small cabal of aficionados and cognoscenti are going to jump at this – his umpteenth album under his own name – and the rest of the world will go its own way.

But once again he conveys a sense of unease if not outright menace (the tempestuous opener The Storm Won't Come with a typically effortless but sublime guitar solo, the fist-tight Rattle Within which follow), mines a rich vein of Anglofolk-rock and the whole things feels live and alive with crackling tension.

At 69, Thomson shows no sign of slowing down or changing tack – he sounds like a man on a ledge, desperate and angry on many songs – and his guitar playing is white-knuckle and as tight as furious first when required. Bones of Gilead opens “What's my name, my name is trouble . . . no checkpoint will stop me . . .”

The Dog in You is dark and stalking blues, love comes with loss and hurt, there are some quieter passages (notably the stately No Matter) and these 13 songs in 55 minutes also have a pop-like economy and focus.

What can you say but this is another excellent Richard Thompson album stacked with darkly poetic visions, brittle electric and mesmerising acoustic guitar playing and powerful songs.

Oooh, intense and moody , just what we want! 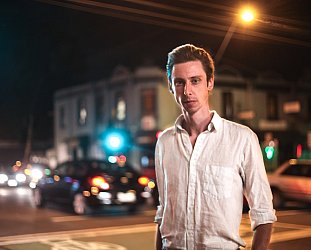