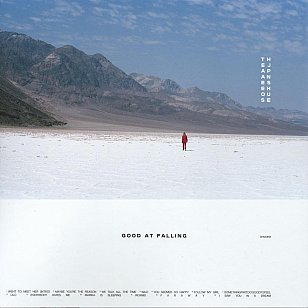 After a string of singles, EPs and tie-in videos over the past four years, Britain's Japanese House (aka Amber Bain) finally releases this frequently attractive, poised and occasionally hollow but measured blend of electronica, folktronics and pop which steers a canny and artful path between pop hooks and sleepwalking beats.

The immediate overload of Auto-Tune on the opener Went to Meet Her may be initially off-putting because the technology has become such a commonplace to cover vocal shortcomings, but Bain uses it as kind of melodic line rather than a vocal one (think trumpet not voice) and she eases you into her beat-driven if languid pop.

A fellow-traveller with The 1975 – their singer Matt Healy is present and this comes on his vanity label-- but Healy's counterpart vocals elevate the gorgeous Lilo love letter to her partner, a kind of two-views perspective very different to – but not too different from – the dialogue concept behind Gotye/Kimbra's Somebody That I Used to Know

Bain is gay (sometimes described as “boy-like” or “boyish”, which seems irrelevant) and yet her songs seldom play gender cards, and We Talk All The Time is actually about not having sex which is fine, but . . .

There's a kind of relationship ennui, and that sense of weariness is often her default position, sometimes to the point of barely getting out of the bedroom.

However, mostly these songs get by on clever construction and magnetic production (Wild), sometimes not straying too far from successful pop templates (the hook-filled Maybe Your the Reason, the breezy but coded folk-pop of You Seemed So Happy) and by being so personally revealing in places (death, fear of commitment, a new relationship) which is all in there for those who seek: “It's a reminder to me that I'm good at falling in love . . .”

At times Bain sounds nostalgic for loss and the morose hours – titles here include somethingfartoogoodtofeel – and you may well feel that these songs are akin to a Polaroid which fades before your eyes into a blur and eventually a blank white space where an image once was.

And songs like Worms later on will go by unnoticed.

But while Good At Falling is there in the frame you can enjoy this just for what it is, the debut album from someone smart who is on her way and well worth hearing . . . even here despite the reservations of a 13-song album which is three more than required.

If you only find the hits, she's impressive. 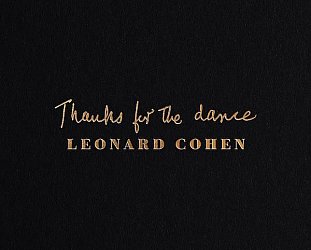 Leonard Cohen: Thanks for the Dance (Columbia/Sony)

Posthumous albums can be dodgy affairs: the cash-in of incomplete songs or those the artist refused to have released in their lifetime . . . You can understand the paired... > Read more

The Quick and the Dead: Heartbreak 365 (Cosmic Federation)

Elsewhere always has a warm place in its heart for young band full of energy, ideas (if not always original) and enthusiastic execution. And this Auckland three-piece has all those. While I... > Read more